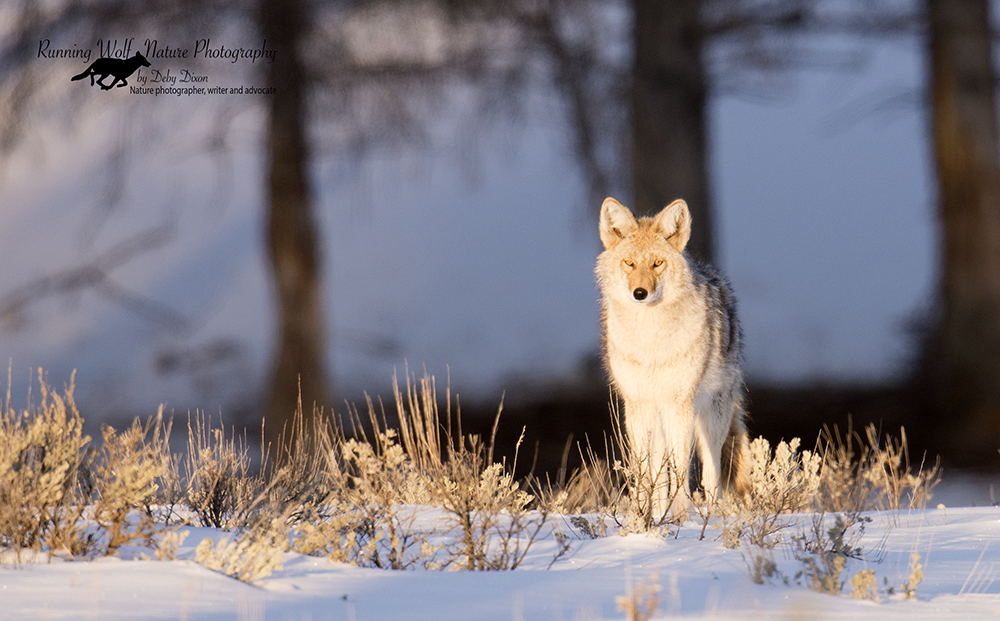 I celebrated the first day of spring in a big way and went into Yellowstone!  Okay, maybe that is not so unusual but what could be better than roaming around my favorite place?

Spring, for me, is all about the birds arriving and so I resolved to find and photograph a bluebird.  Saw my first one yesterday but no shots.  Well, today bluebirds were flying past all over the place – flying fast, not looking to have their pics taken.  But, I managed some so so shots of three males.  And, I did see a female already. 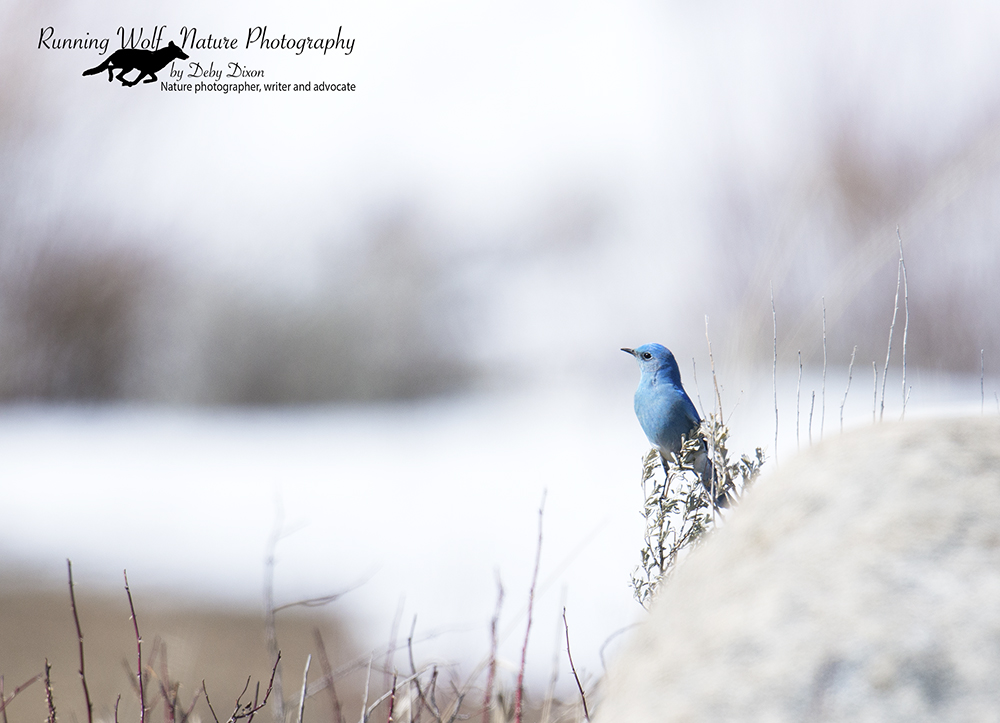 I did spend quite a lot of time set up and ready for a bluebird to come to me but that never happened.  This guy was perched just down the road with his mate.

But, before the bluebirds, I found a red tail hawk to watch.

Or, was he watching me?

And the starlings that he went to visit.

The starlings did not seem too terribly intimidated by the hawk.

But, before the bluebirds and the hawk, was my favorite coyote in the first light of day.

He was wandering to the carcass he is sharing with wolves, birds and other coyotes. 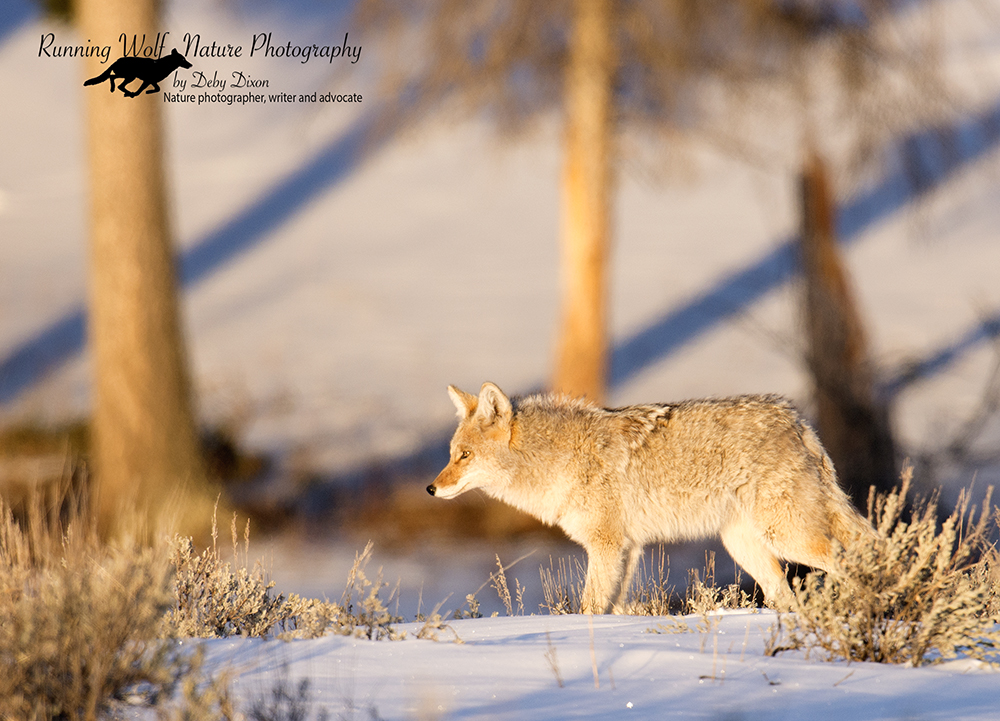 Along the way he was approaching a big rock and I whispered to him to step up on top, which he did. 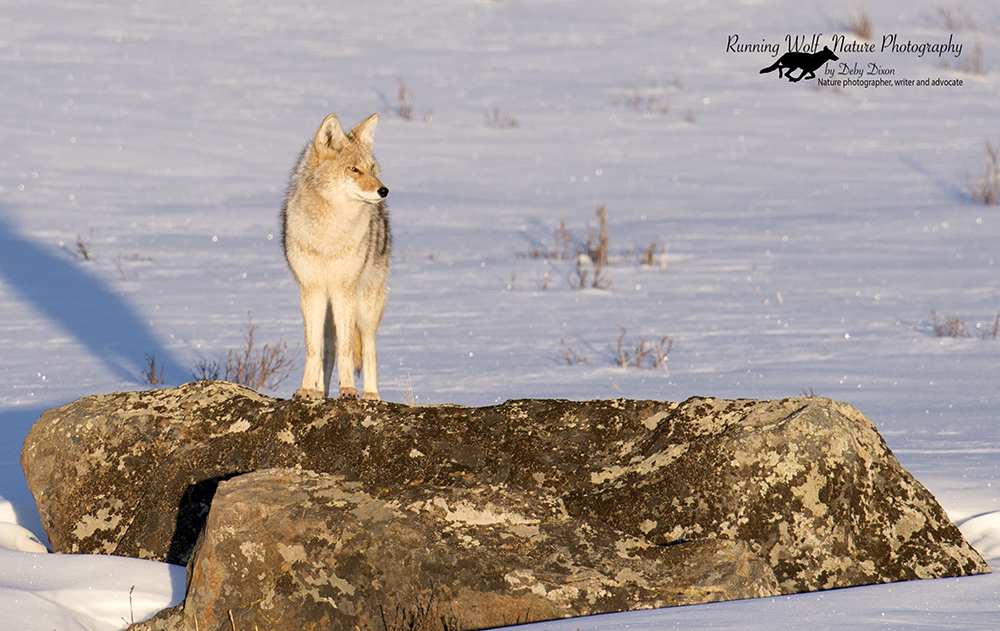 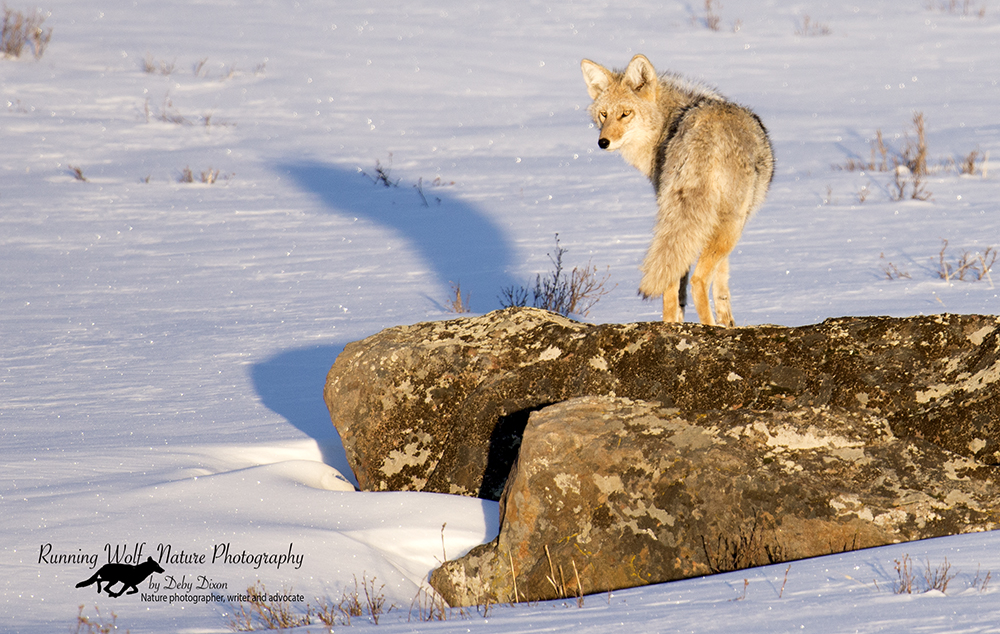 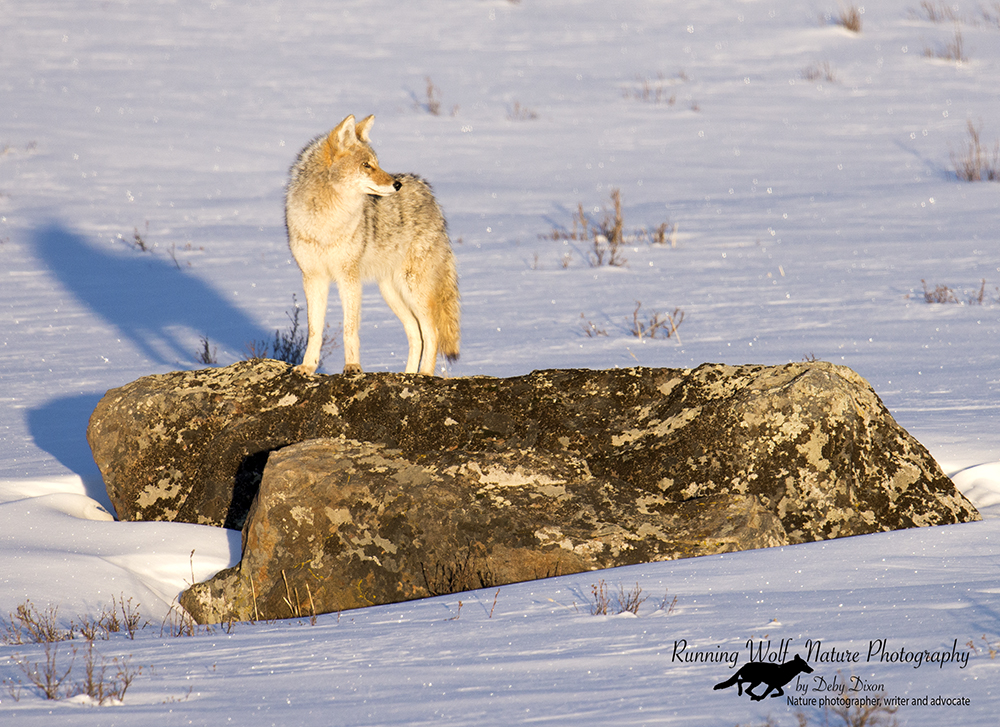 So nice of him to oblige me with a little photo shoot.

And then he went to another rock. 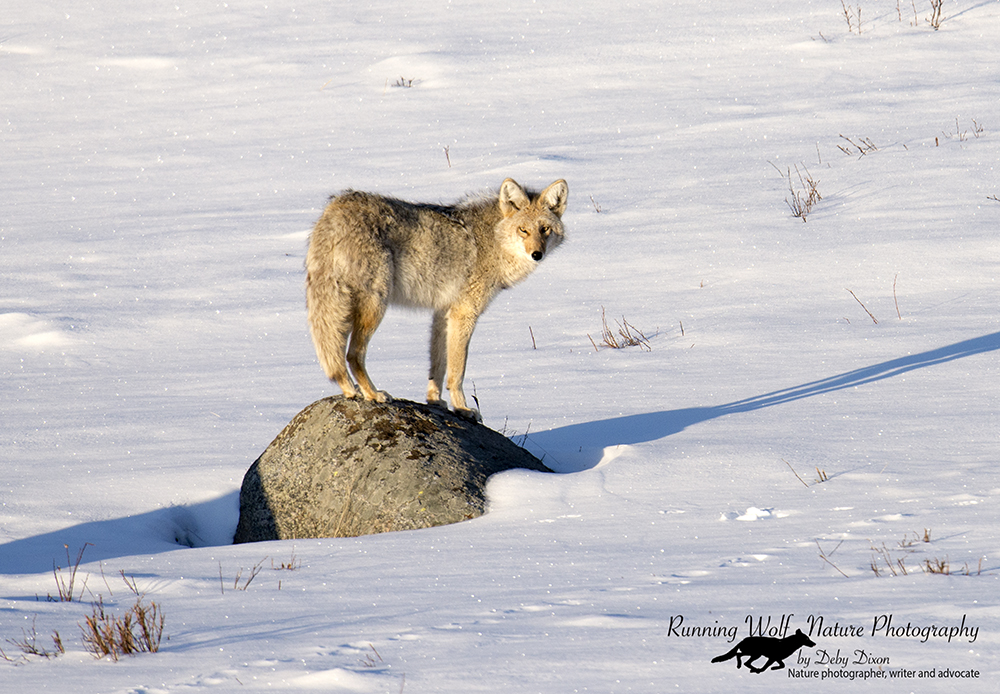 To pose one more time.

The golden light was fading and it had been just him and me for those special moments.  It was time to move on and let him go get breakfast.

The morning began cold but nearly 20 degrees warmer than yesterday.  Spring came on in a big way as the day warmed quickly and I was down to a lightweight fleece before noon.

The Junction Buttes came home during the night and were hiding at Slough.  I walked out further and further to get a better angle, only to find out that they were in a different spot.  But, with the day warming as it was I knew that my time for walking on frozen snow was about to come to an end, and so I just walked and walked.  When I finally saw the JB’s the heat waves were terrible and so I did not look for long.

Instead, I decided to walk the river in Lamar River Canyon.  Boy was that cool to be down there, no stumbling over sagebrush to get there and no maneuvering around boulders along the river.  Just walking on snow that was getting mushier by the minute.  I loved being down there!

Later, I sat outside and had my lunch salad, looking for bluebirds.  And then I visited the carcass site I found a few days ago – not the carcass as the animals are still going in and coming out with fat bellies, but the area.  And that is how I discovered that 3 wolves had been feeding on the carcass.  Looked to be a male with very big paws, a female and a pup.  Kind of half thinking that 755 was probably around as I know that none of the other three packs have been in that area.  That kind is kind of sneaky like that.

We looked and looked for the Lamar Canyons.  They seemed to be traveling hard today, non-stop and heading west.  But, they had not been found by around 4 and it was time to leave.

The days are longer now – it is 7:16 and the sky is still bright.  Too long, really.  The short days are nice because I get home earlier from the park.  But, it is spring and the days are beautiful.  The mountain bluebirds add a spot of much needed color.

BTW, we have 2 moose, a cow and a calf, hanging out at the Confluence in Lamar Valley.  Foxes are being seen every once in awhile in Lamar near the ranch, near the Crystal Creek area and near Tower.  No recent bear sightings that I know of.  Wolves are all way out there.  Lots of coyotes around.  The weather is warming so we will be looking for all kinds of animals to be showing up. One of my favorite things about spring is watching the bison kick their heels up and I have seen a lot of that in the past two days.

One thought on “Happy Spring!”