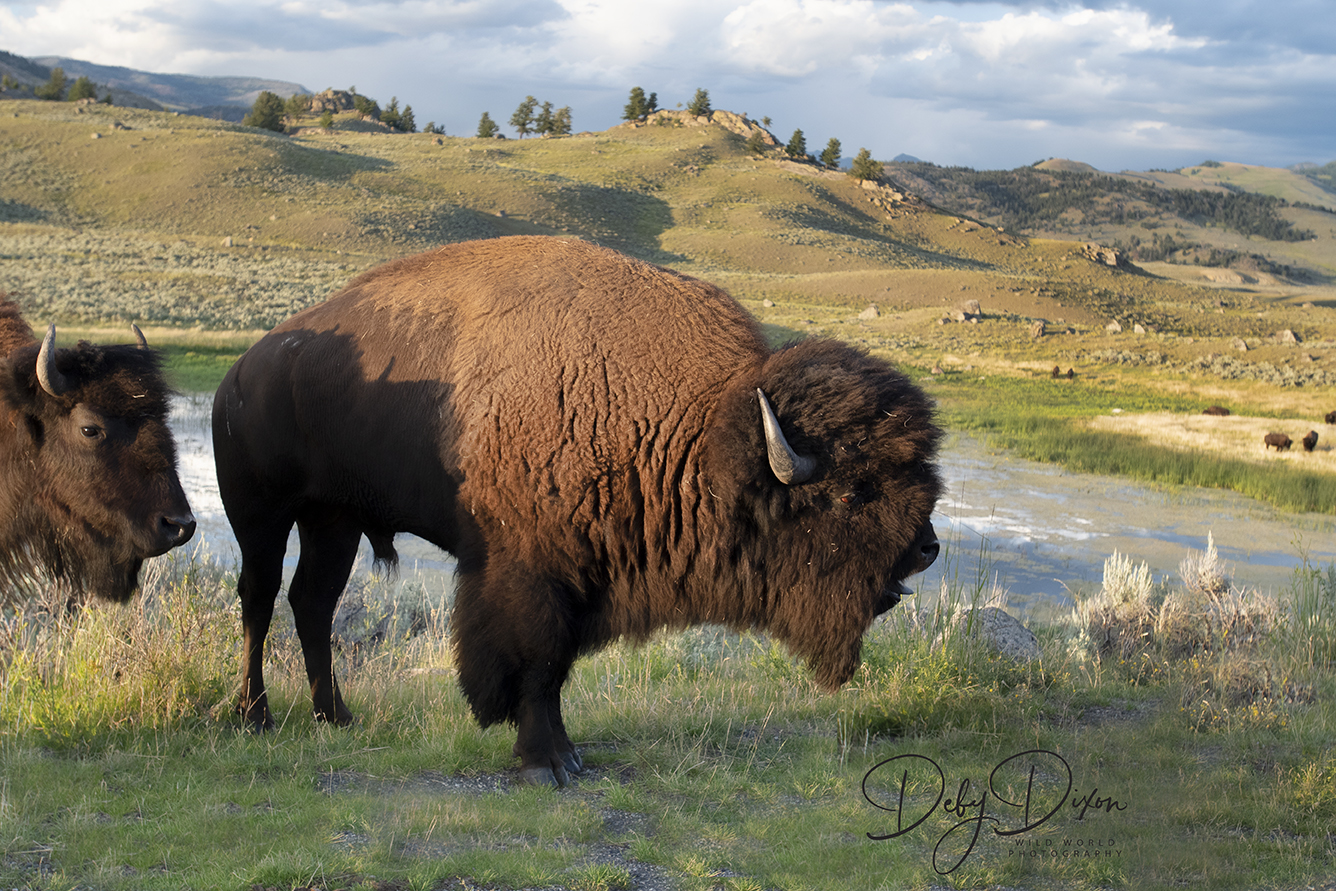 It was around the first of March and the new virus that was killing people in China still felt like one of those things, happening over there. I was cognizant and therefore taking some precautions but the president had declared COVID-19 to be a Democratic hoax that would disappear at any minute.

I’m old enough, been around long enough, to know better than to listen to the orange-faced man in the white house whose claim to fame will probably be in the Guiness book of world records for the number of lies he has told while on national TV. But, he was saying what I wanted to hear. And, I don’t think anyone could have imagined then, what is happening now, 30 days later.

Things were tense for me and I had reason to be afraid, and so made the decision to take myself on a little trip to Minnesota. Wish I hadn’t gone, in hindsight, but it is what it is. And, I was able to relax – such a small thing that should be accomplished at home but the danger did not follow me and I breathed deeply of fresh air and the ability to be myself. So, I can argue with myself about whether peace of mind overrules financial stress but the trip is done and over with.

I returned home on the night of March 14, and raced into my favorite place in the world, Yellowstone, the next morning. Nothing more than a drive and taking in the scenery, along with watching a big ole bear lumber through the snow to his food. Nearly a week later, I couldn’t sleep and went into the park at around 4 a.m., where nature treated me to the greatest chorus on earth. Wolves and coyotes howling, a bear grunting and cracking bones – all music to my ears. I could see 8 Mile wolves in the dark, arguing with the bear, and later got to see the pack as they traveled and played. It was an amazing morning, thankfully. I needed to see and hear some wolves – to get my fix after a long absence, and it filled my heart and soul.

At 3:30 in the morning, on March 16, I awoke, sick. Going anywhere was not an option and the illness went on and on, for 11 days. I quarantined at home, took advantage of community help for groceries, and when I did go out, kept my distance. But, I had false starts – feeling a little better and then down again. It was an intestinal thing that raged inside of my body. I joked that by the time I had recovered, the park would be closed and we would be under stay at home orders in Montana. We were. I did make it into the park, briefly, on the day it closed but, unfortunately, could feel my body getting sick again.

“What are you going to do?” a friend asked me. Stay at home, edit photos, write – I’ve been here before, with the park closed, and it is doable. And, then, as my body progressed into a respiratory virus, the closure mattered little. I was weak, shaking, seeing double, coughing, sleeping and worrying. The head was constantly pounding. Was this COVID-19? I went to Livingston for the test and the results came back negative the following day. And, so, I could just stay home and get better.

I’ve essentially been quarantined since March 17 and it is now April 4, and before today had only been to a store one time, the post office one time, and to Livingston for the test. That is all. Too much time to think, too much time to watch the president lie on TV. Too much time to wonder why everyone was not under stay at home orders, knowing that the virus wasn’t going away until people quit being exposed.

Another week of illness, and towards the end, finally standing at the window and yearning for outside. But, the doctor said I couldn’t go anywhere until my symptoms were gone. So, other than feeding the birds, I stayed in. The sound of the birds, a sign of spring and of life continuing despite this awful pandemic, was such a comfort. During times of fever, I opened my window and let the cold air and bird songs drift in. I created, for myself, a safe place for healing.

Well, now, let me describe where I live. My small house is in the backyard, sort of like a child’s playhouse. My living space is about 300 square feet and I have a kitchen with enough space for my desk, a tiny bathroom and a bedroom with a bed, shelves and dresser, and large flat screen TV. I don’t own a couch or recliner, just my bed, with a wedge pillow behind my back. Not much room to move around – can’t go from the bed to the couch so it is just that one room. There were times that it was good that the bathroom was only a few steps away but I had to make myself comfortable and cozy in order to feel safe. And, truly, when you are sick – too sick to lift your head much, it only matters that there is a place to sleep.

I’m happy to have my 300 square feet so close to Yellowstone. I know that the park is right behind me at this minute, waiting for the country to become healthy again. There are no cries for spending so much time being ill, or for being alone in such a small space – no feeling sorry for myself, I feel lucky. We are in the middle of a pandemic and many people have lost their jobs and have no income, not to mention lives – I have a place to live and a tiny bit of security.

It will be nice when my body quits shaking, my eyes quit seeing double, and I quit feeling weak after minimal exertion. Who knows what is going on? Not me – maybe stress. My ability to cope has diminished greatly. Having been brave all of my life, trying to be okay, I don’t mind saying that fear has infiltrated my life. And, I can’t imagine what this is like for others. We, none of us, are alone – this virus will take anyone willing to host its sickness in their bodies. It is a shame that not everyone is taking this seriously and doing what they can to minimize spread. They are the ones screaming about their rights, continuing to work, party and do whatever they want, and who will spread the virus to parents, grandparents, children and friends. They are the fools, the selfish ones. Most are the extreme right, who are screaming about their rights.

As I begin to recover from my illness, the question becomes, what does one do during a pandemic? I ask that question and long for the day that my mind is clear enough to think about the answer. Until then, I watch some news, some movies and some TV series. TV sucks – most of the series are documentaries and I want to see drama in the form of interesting stories. Because I’ve had so many sick days, I’ve already binge watched most good TV series and so life needs to be more than that. I want to tell my own stories, as my mind clears. It will happen, I will recover and begin accomplishing a few things.

For those of you in a large home, with your family, your complaints mean little. I know it must be hard to be stuck with one another day after day, but you have each other. You can move about in your home and no doubt have resources to entertain yourselves. This is not forever, it is just until then. Until it is safe.

I listen to the president tonight, he keeps saying that we have to get back to work. Over and over again. When not saying that he is slamming Cuomo and other democrats. He is campaigning, making false statements. He doesn’t instill confidence during this time – he makes it scary. So, I look for those who give me hope. And, struggle to keep some sort of sanity in this crazy world.

Through it all, I try to take better care of myself. They say that bad health makes surviving COVID-19 much harder. I can eat healthier and less. No dairy for 2 weeks. Three batches of chicken broth, made into soups and stews with organic vegetables. I’ve forgotten myself in the midst of a lot of other things that have been going on – and self-care feels good.

A pandemic – a time to be alone, to reflect, think about ideas and passions. Maybe make plans to do different things, or to just do better. A time to assess goals and past mistakes. A pandemic, as thousands get sick and die, is a good time for to remember that life is short and we don’t know when it ends. A time to think about what is acceptable to leave undone and what is not. I scrub floors, sinks, counters, the bathroom, wash clothes, take showers, clean the coffee pot and the dish drainer, dust, clean the computer screens, wipe down the phone and the glasses, sanitize the hands and rub lotion into their cracking folds. Turn the TV on, turn the TV off – orders to Alexa that she some times obeys. Hours until dinner. Stare into the fridge, walk away, go back, maybe one spoon of peanut butter, maybe not. The day of the week does not matter as they fold into each other. What anyone else is doing does not matter, this is about how we will live our lives and take care of ourselves during this awful time. We do our best and make important decisions about what we want to say to the world, through our social media. Who do we want to associate with during this stressful time – and tolerance goes down for dealing with mean people. Live just goes on and despite being confined to our homes, it is still up to us to make the best of this valuable time. Yes, being held in place for weeks, can be valuable, if you are are willing.

Today will soon be gone and life will never again be the same. If you knew you only had a few days to live, what would you want to say and/or do?