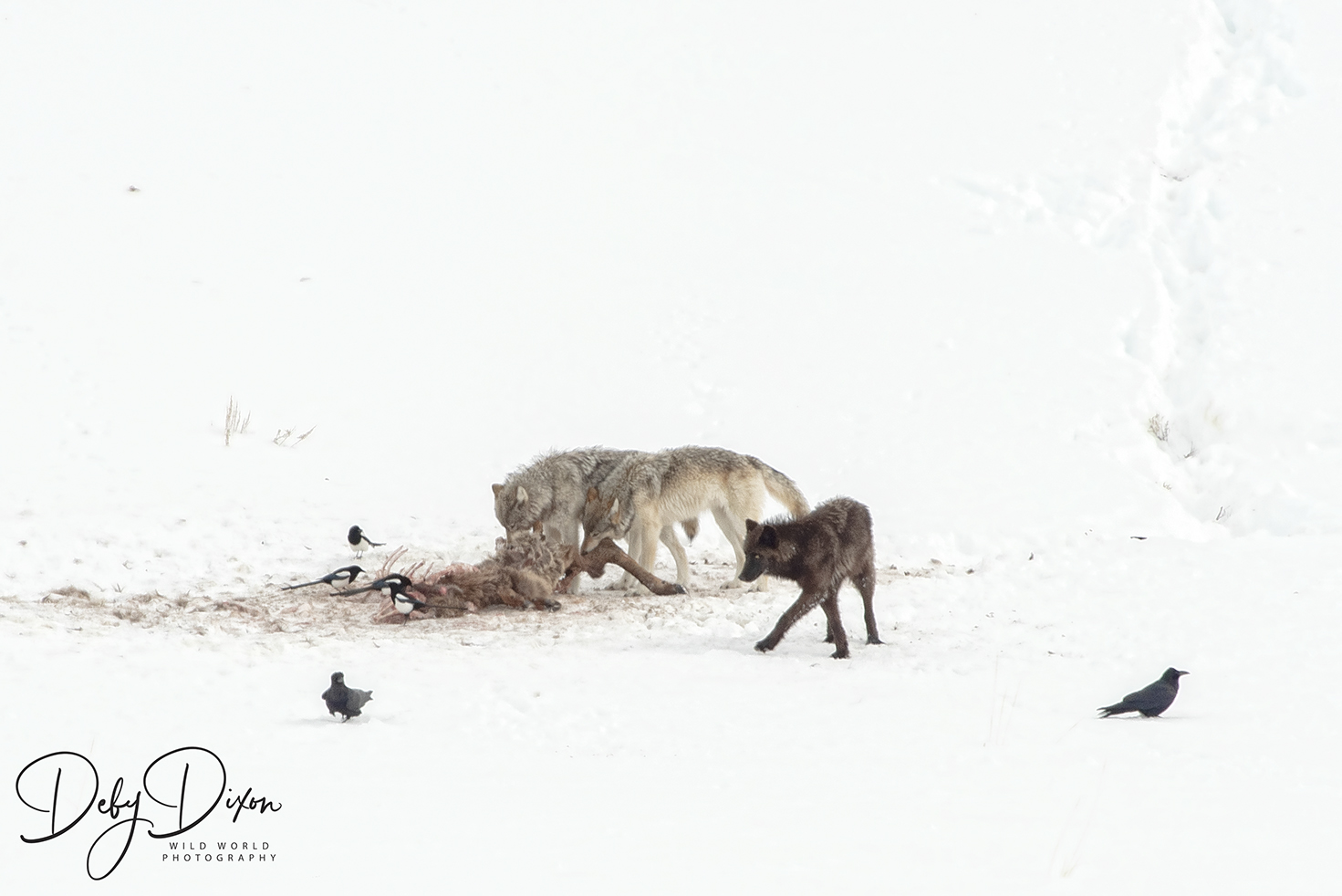 Wolf update confirmation and one correction

First, I did want to let you know that the info that had been passed around about a lot of collars still not working, is untrue. Apparently, the collars are working well now and it sounds like most of the ones that were bad, have been replaced. There is a lot of strange, off beat, incorrect information being dispensed about the wolves – not sure why anyone would do that but my goal is, and always has been, to give you the facts.

To that end, I was asked today, by some different folks, about information provided yesterday. First, I heard that these wolves were Crevice Lake but that would be impossible since they only had 3 gray pups and no blacks. Not much is known about what is going on with the pack and I’m not sure the three pups were ever seen again after people saw them being chased by 8 Mile Sub -group, or 1005 group wolves. So, no, absolutely, these are not Crevice wolves. And, in speaking to someone who saw what is believed to be 8 Mile pups and these wolves, they are not the same animals. Wapiti wolves have a very distinctive look about them and these pups are identical to some that I saw in this area a while back.

Secondly, I was able to confirm that 962 had been alpha of the 8 Mile Pack and that he was killed in the Montana hunt after dispersing (being pushed out by Wapiti males) in January.

And, I received a second report about 1014 now being with the Wapiti pack. 1104, the small black female yearling, had her collar replaced and it is now working. The other two females that were collared are 1201 and 1203. Apparently there is no 1202. A Cougar Creek wolf is 1200.

The 8 Mile pack now has 9 members and 6 or 7 of them are from the Wapiti Lake pack. There is a pup that they aren’t certain about its origin. There are two 8 Mile females.

Not sure where all of the misinformation is coming from – with things in such an uproar it is pretty hard to keep track as it is, without the speculation.

Hope this clears up the confusion. Yesterday, with so many changes, they were consulting logs and the computer to make sure who is where and all of that – they took a lot of time answering my questions and making sure that the info was accurate.