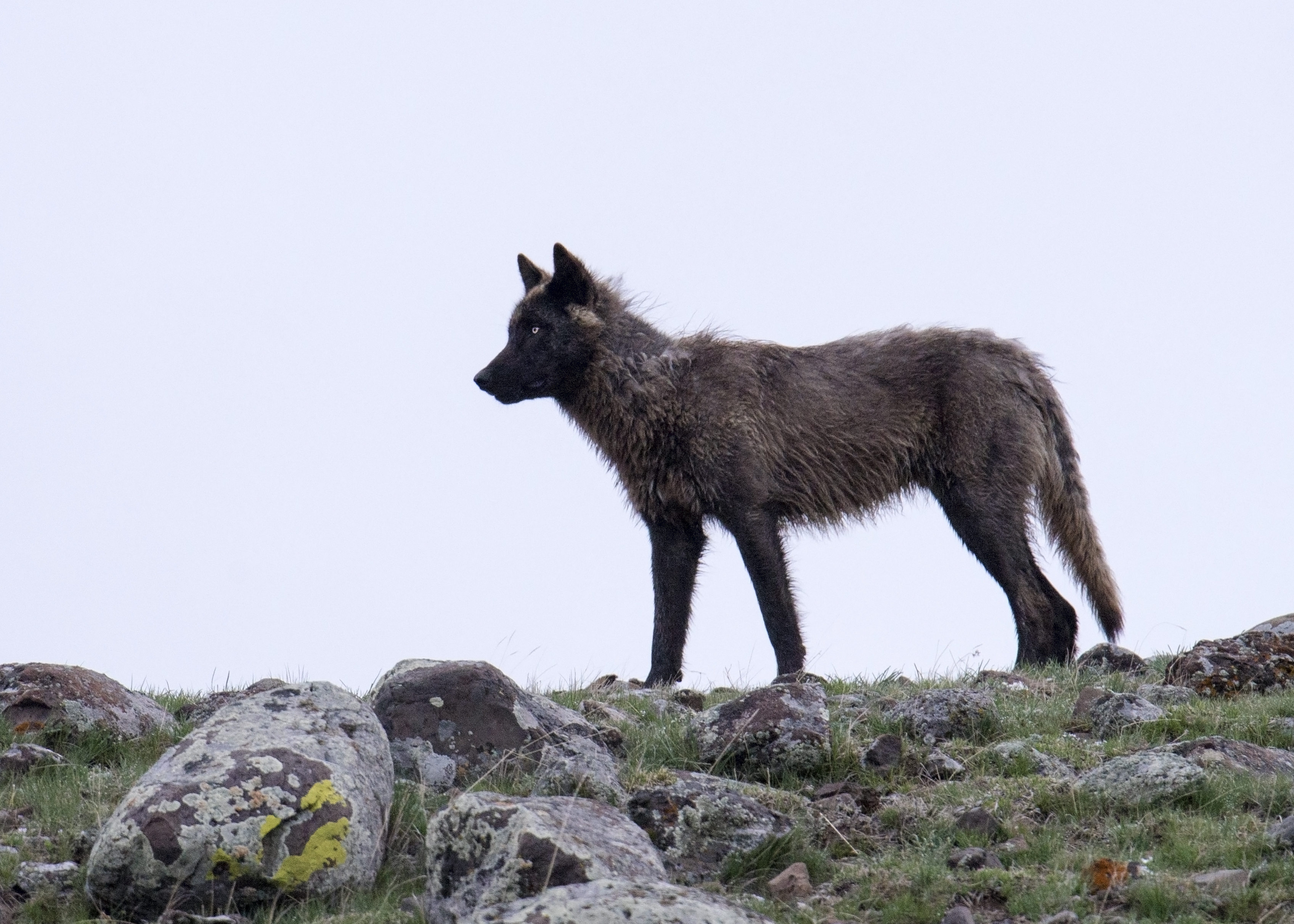 So nice to get back into Yellowstone this morning and I drove towards Lamar with great anticipation, particularly after hearing that the Mollies were back.

The day was overcast and drizzly but nothing can dampen spirits when in your favorite place on earth.

Very first thing this morning, I rounded a curve and there were two wolves climbing up a hill.  One gray and one black from the Prospect Peak pack.  No photos of the gray but the black was cooperative in the low light and managed to stand still enough for a couple of images.

What a gift it was to return to the park after being gone for a few days and not only get to see new wolves, but get photos too.  Many wolf blessings as of late.

Twelve of the Mollies were indeed in Lamar Valley.  That means four, including the alpha female, 779, did not make the trip.

The Mollies did not appear to be looking for trouble with other wolves, though I am sure that they can find some.  Rather, they just appear to be hungry and hunting.  Their mom taught them where to go for food when the coffers on the home base were dry and they definitely came to the right place with new bison babies dropping like snowflakes and elk not too far away.

The Mollies did some chasing of bison and went after some calves but most of the time the rest of the herd came to the rescue and did more chasing than the wolves did.

This image reminds me of an old wild west painting. 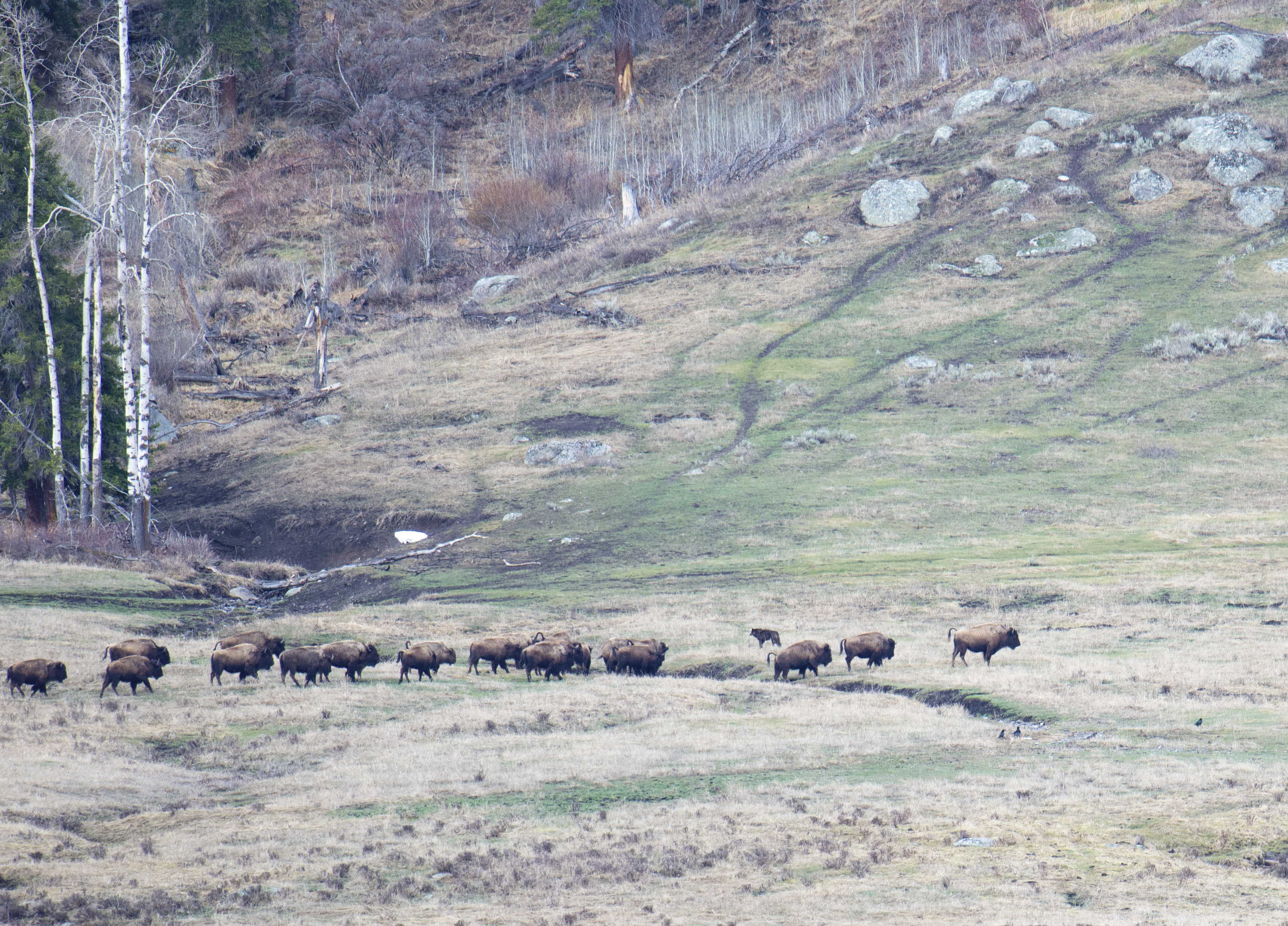 The last I saw of the Mollies today, they had 2 cows and a new calf.  One of the cows looked like it was trying to give birth but kept getting interrupted by the wolves.  They disappeared behind a hill and that was that.

Spent a great deal of time watching the Junction Buttes around the den area.  The yearlings are hanging out with the moms quite a lot and they seemed to be bringing food back from a carcass.  I got to see 969 and 907 coming and going from the den, as well as some of the yearlings going in for a quick visit.  Pretty cool to see the den behaviors.  907 is limping on her right front leg but Rick said it was better.

Apparently, they had signals on 970 for a brief time a few days ago but did not see her.  She is assumed to be denning in a completely different spot and there have been signs that some of the others are going to her, so hopefully she is being cared for.

Rick was saying that the yearlings are generally pretty fascinated by this whole denning/puppy thing and so they don’t mind returning to the den and giving up their food.  He says that the probably rush back, anxious to be in the thick of things.  But, that older wolves quickly learn that they might not want to part with their food and so might not be as anxious to return to the moms and share.  He said that feeding the moms and pups is the yearling’s jobs.  All of the yearlings have been seen except for the dark black pup.  I am hoping it survived the Mollies.

Other than the wolves, we had cute bison babies. 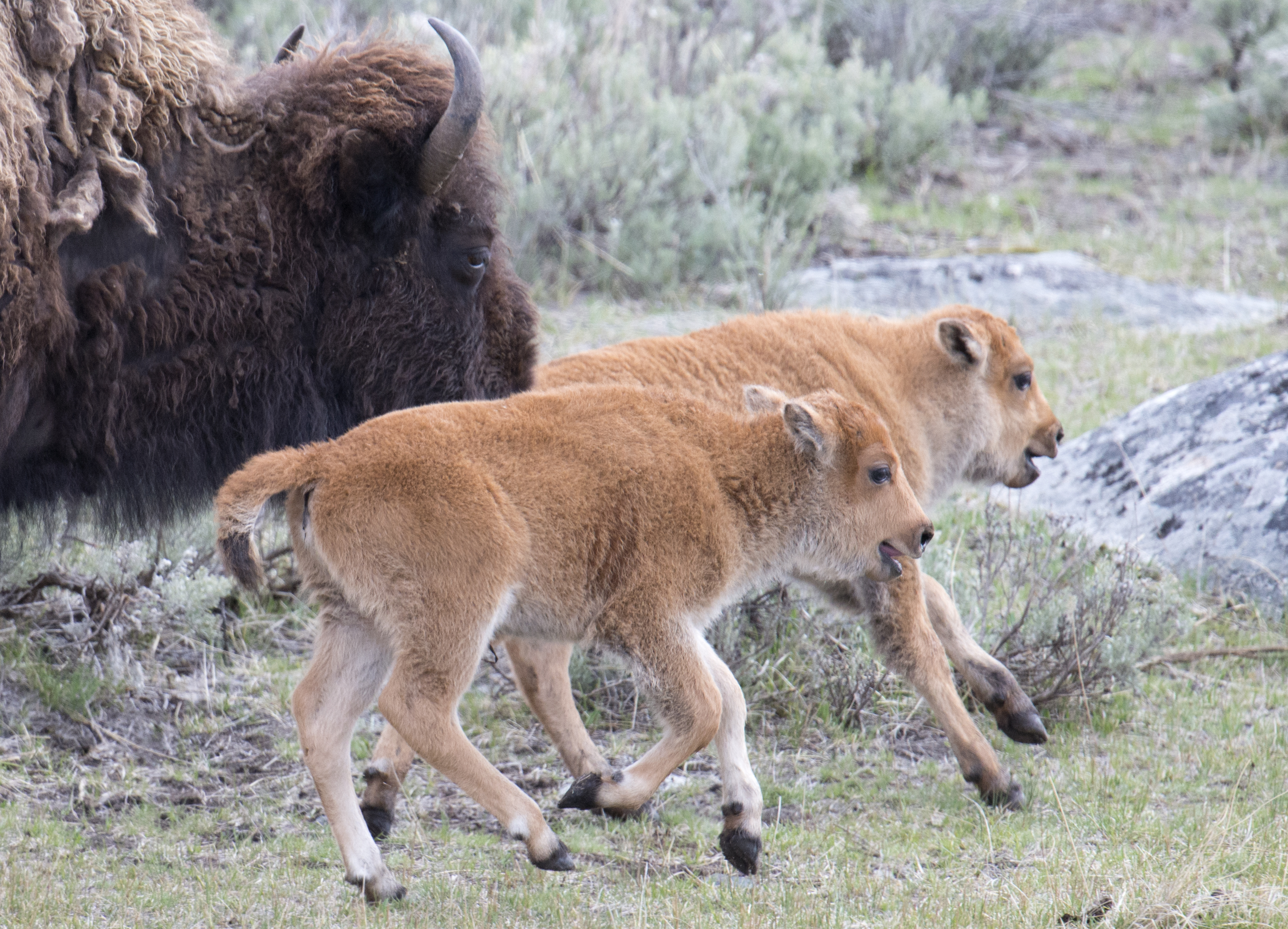 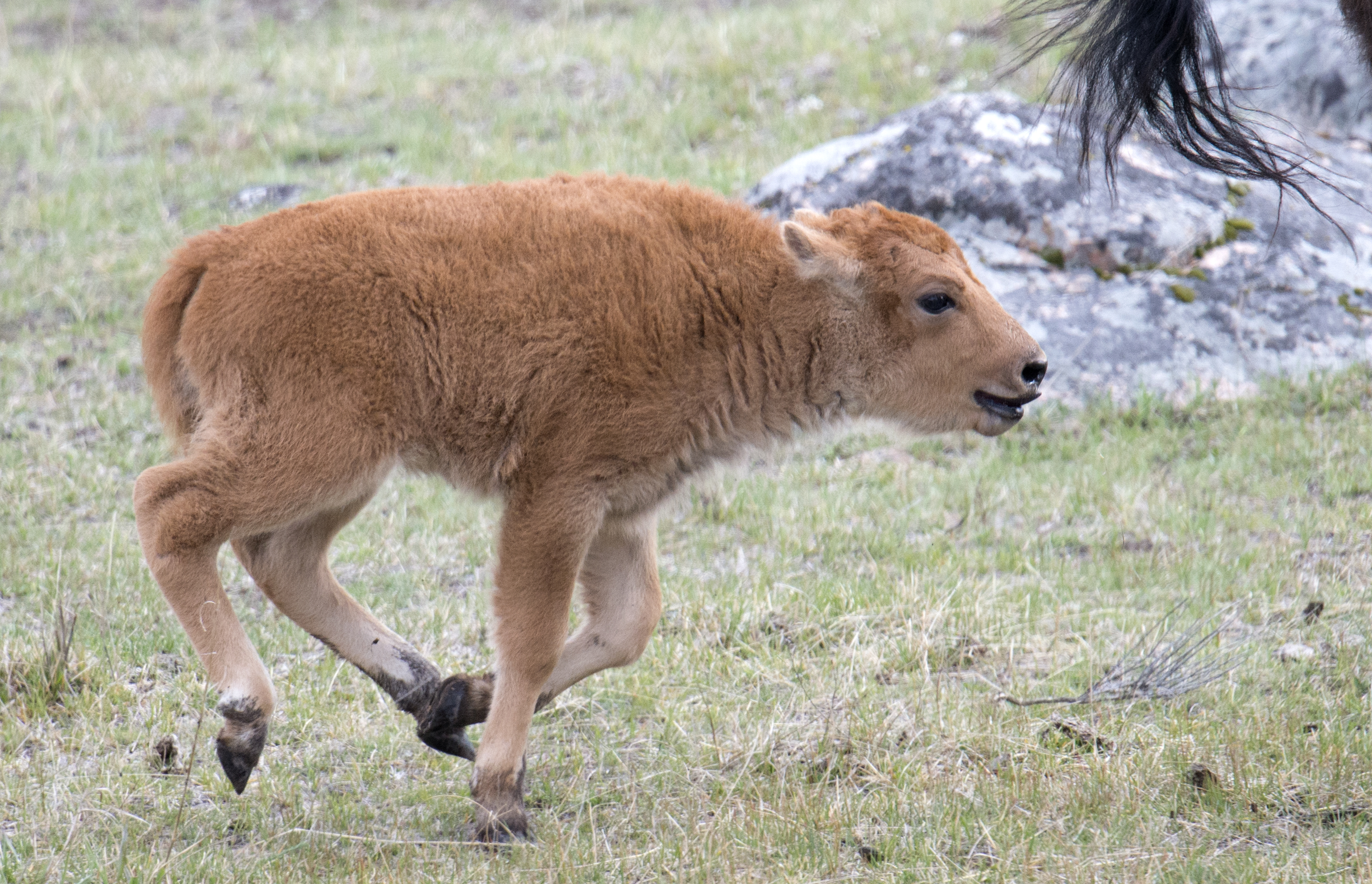