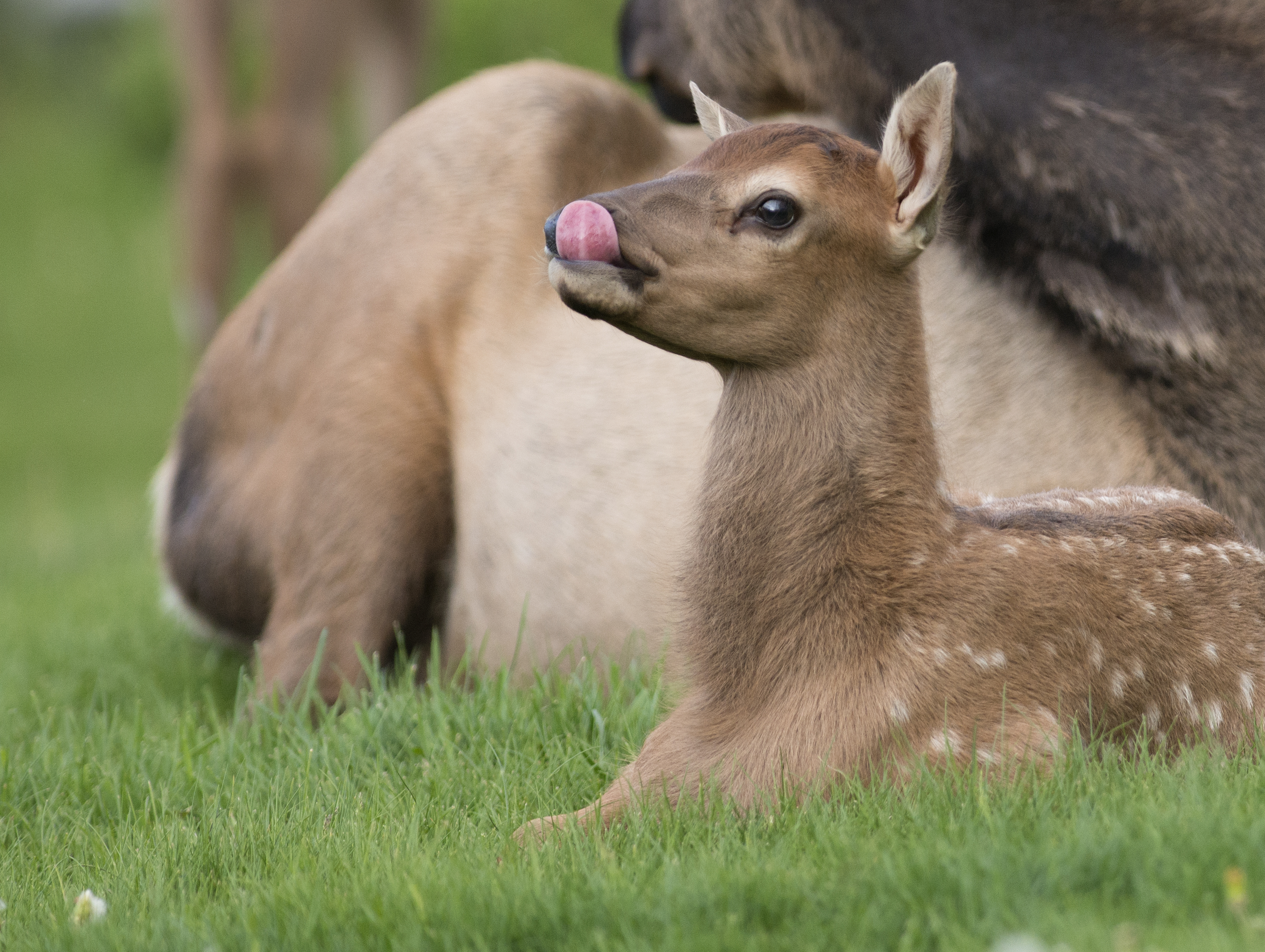 Woke up to pure blue skies again this morning – not all that promising for photos.  But, sure wish I was out there right now as the sunset, with clouds that moved in, has created the most gorgeous light I have ever seen in these parts.  Sitting here staring at the red glow in the snow on top of Electric Peak and the colors reflected in the Yellowstone River.  No photos but I won’t soon forget.

I went look for moose calves today, all of the way out past Cooke City and back but all I found was a badly lit, hiding, bull moose.  A tiny one at that.  By the time that search was over, what little good light we had was gone.

Besides, the Lamar Canyons were putting on a familiar show.  Two on one side and the other two wanting to cross the road but no way no how.  We had seen the Mollies in Lamar, trying to get to a yearling bison carcass that was too close to people for their comfort – though no one knew the carcass was there.  And then they had traveled east and disappeared.  Meanwhile, the Lamars decided to go out hunting but the males could not get across the road.  People were lined up the length of Soda Butte Valley, all anxious to see the park.  Me included!  It is so hard – that desire to see the wolves and the hopes of getting a photo, and not get in their way, but getting in their way.  I was there with the crowd until realizing that things were not going to work for the wolves and they needed to go out hunting.  Still, it was hard to break away completely, but harder to watch.  Just can’t blame people for getting so excited, especially when 3.5 years later the excitement still burns inside of me.

I went down and took a hike along the valley floor.  Something really special about being down there, away from the road and seeing the world from a different perspective.  And, then I took a hike up to Trout Lake.  No otters and don’t think that they have been seen in more than two weeks.  The fish are barely beginning to spawn.   Put my head and feet in the creek – not at the same time of course.  Mighty cold but with the temp at about 80 degrees it felt good.  There was a cinnamon black bear at Buck Lake.

Kept meaning to go home but just couldn’t quite manage to make myself leave.  So, spent some time down Slough Creek, watching the pronghorns and hoping for fawns, and also watching a gigantic black bear boar sleep in a tree.  When he came down it was amazing how big that bear was.  No pronghorn fawns today.

The sow and two coy were on Specimen Ridge and some hikers came upon them.  This show drew a huge crowd of folks and the rangers went out to rescue the hikers.

No bears at Calcite today.  Not seeing many coyotes in Lamar Valley – guess they are hiding with all of the wolves around.  Maybe they moved their dens.

Went up to Swan Lake Flat, looking for Quad mom but did not see her – heard that she might have lost one cub but not sure it was her.  Apparently, one of the three moms on the west side lost a cub.

Took another short walk and was going to hand out but decided that exhaustion had set in and it was time to go home.

Lucky for me because I got to see the elk calf nursery in Mammoth tonight.  There were four babies and two mom – I’m not even sure that they know which one is theres.  But, the cuteness was pretty out of control and it was a great way to end the day. 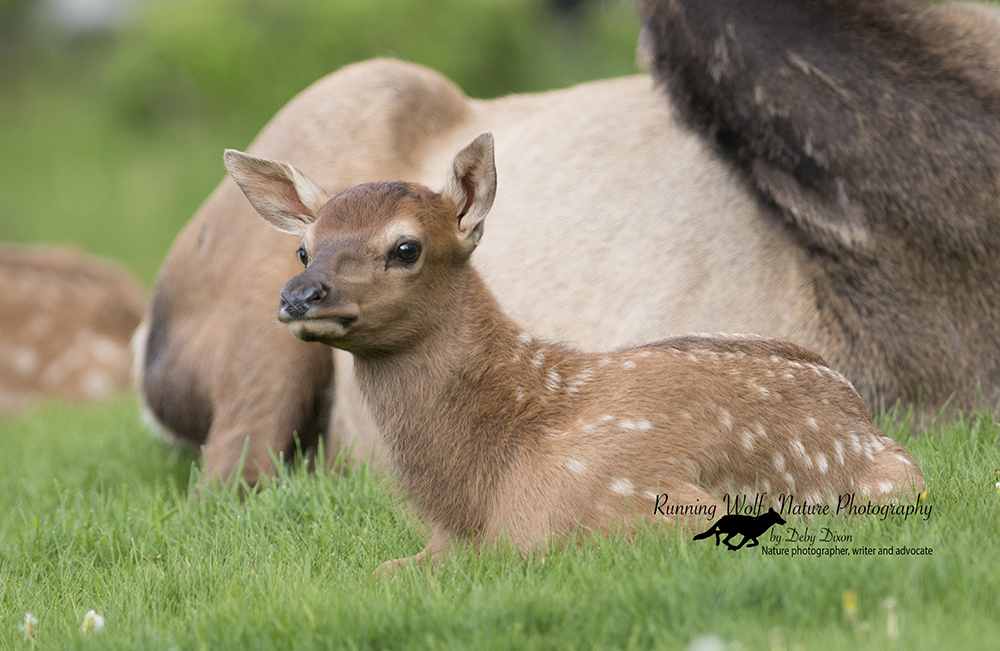 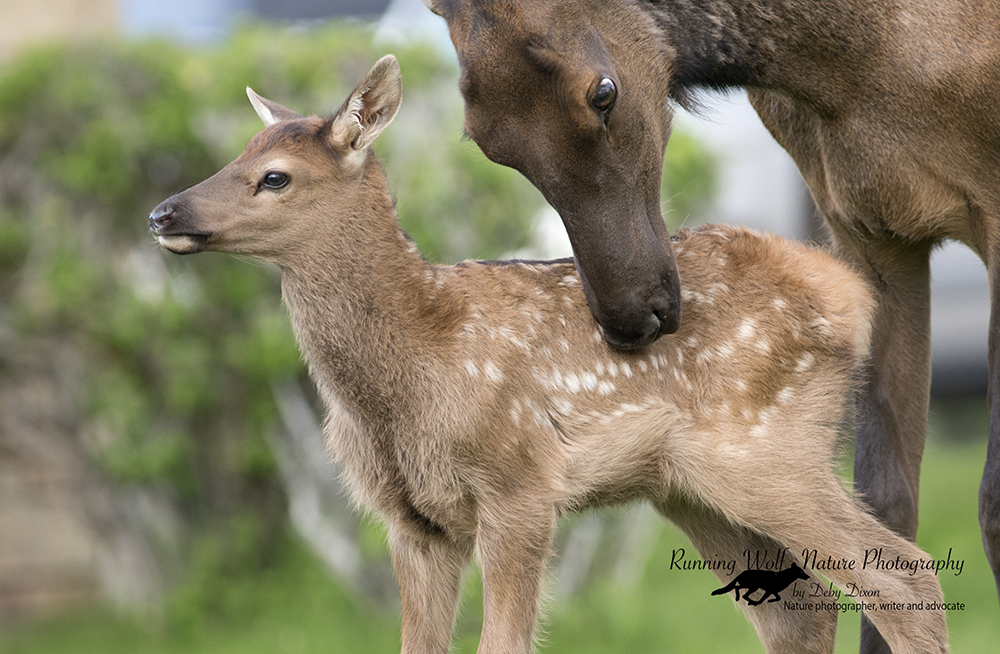 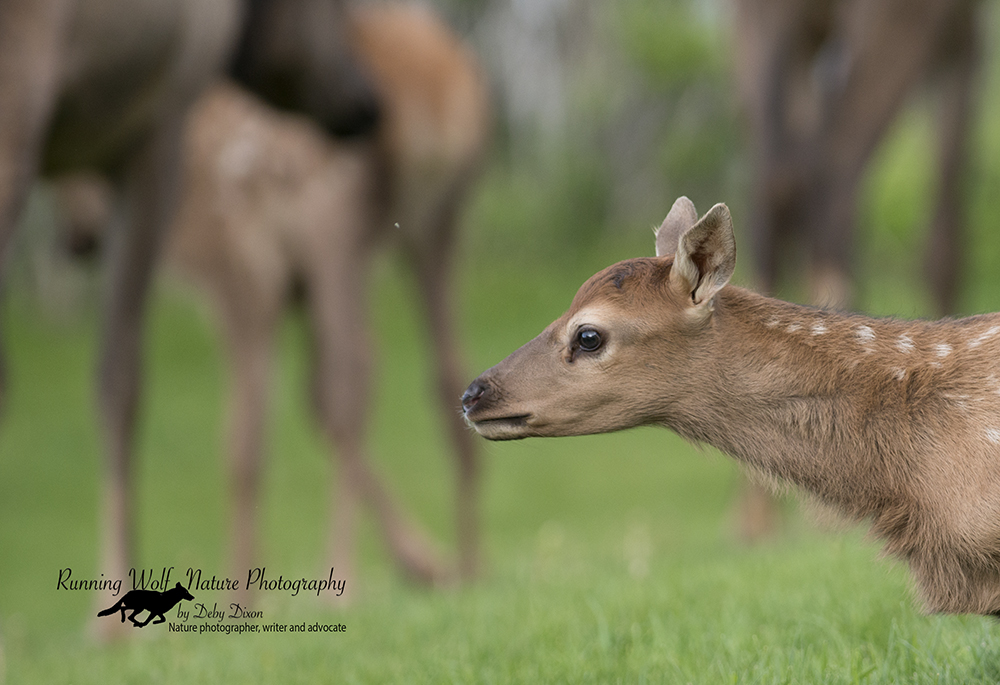 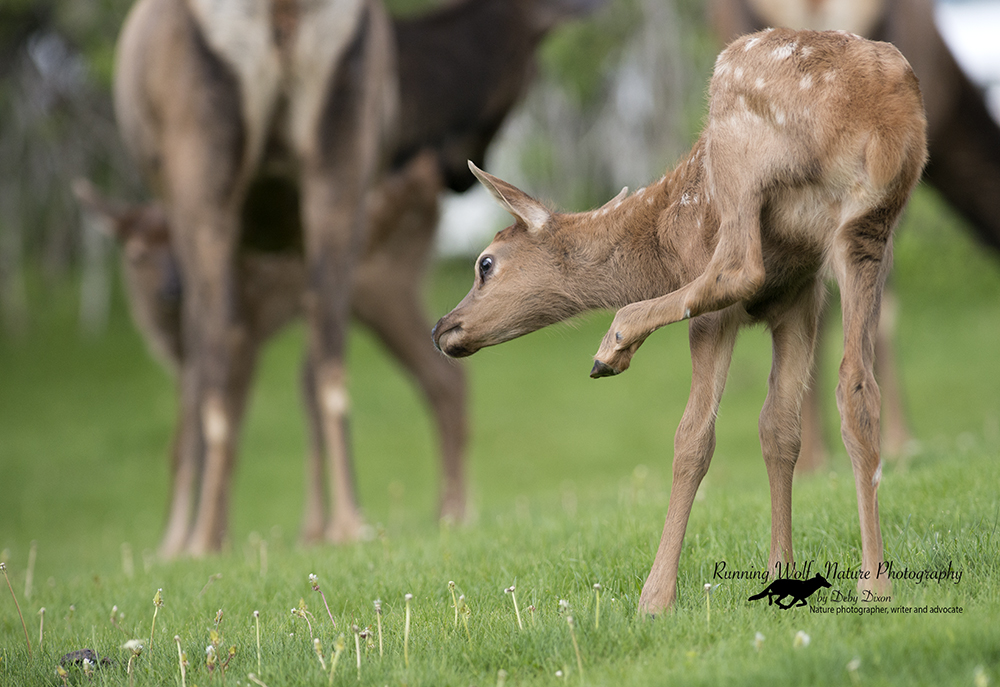 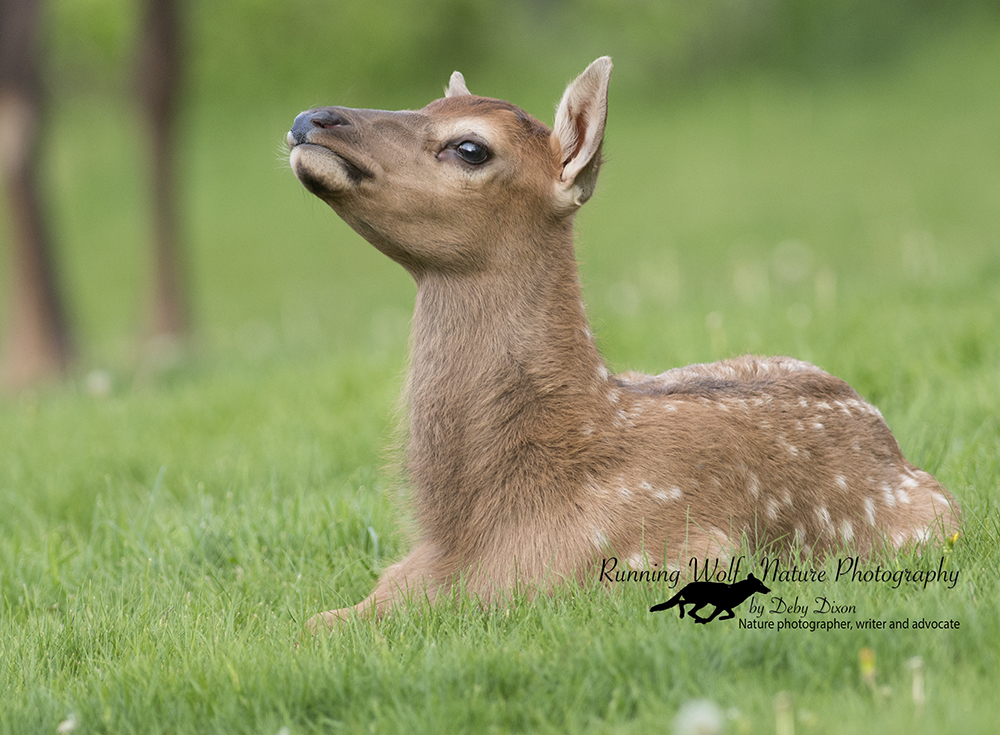