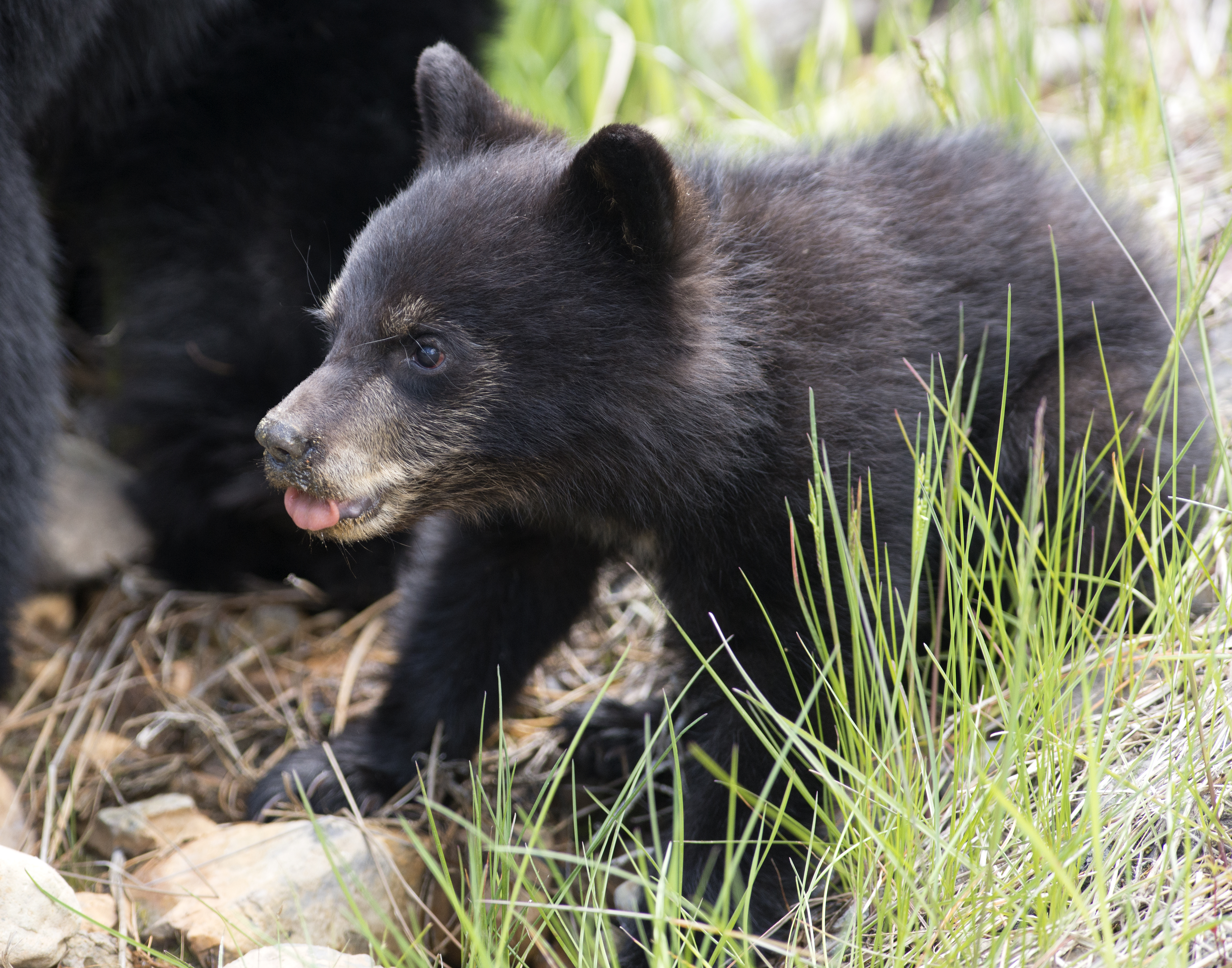 The past couple of days in Yellowstone have been a whirlwind of activity and bountiful demonstration of the diversity of this amazing eco-system.  So much to tell, I hardly know where to begin.

But, let’s begin with the cute bear cubs.

First of all, boy was I mixed up!  On the first day that I saw the black bears this year, there was two sows and two sets of twins, very close to one another and in or up the trees.  I thought, how strange, and moved on, never realizing that the two moms had a division of territory and the “New Rosie’s” (triplets two years ago) area was now divided in half, with “Mixed Mom,” (one cinnamon and one black cub two years ago).  And, Mixed Mom got Rainy lake and east, while Rosie got west of Rainy Lake.  So, the few times spent watching black bears near Calcite, I just assumed it was Rosie and her new cubs but was wrong.  Just yesterday, there were two jams, two miles apart, with both sows and cubs.  Both of these sows raised all of their last cubs to 2.5 years old when they were released so that these new cuties could be brought into the world.  So, they are incredible moms, spending much time close to the road and people.  That’s what I get for not spending much time at these black bear jams.

Well, yesterday, I became fascinated by the number of black bear jams across the Northern Range.  Beginning at Phantom Lake, there was a sow and yearling.  This pair denned under the road last winter and the sow appears to have a real problem with her eye or eyes.  The right one, in this shot, doesn’t look open.  When she first came out the eyes both had rings around them.  She appears to be doing a great job with her remaining cub.

The next bear jam was at Lower Hell Roaring where one black boar was grazing in the back meadow.  The next one was just west of the Tower ranger station where a sow and her yearling were on a hillside.  This is the sow that was chased by a boar recently.  Rosie was just east of Roosevelt, with her two cubs, and Mixed mom was just east of Rainy Lake.

The bears were out of sight when I arrived later in the morning and decided to spend some time.  So, I pulled over, waited awhile and then took a nice long nap.  Still asleep I began hearing giggling but really did not want to wake up yet.  The cool air coming in the window, washing over my face, just felt too good.  But, the giggling continued and I realized – cute bear cubs and giggling go together.  That was when I remembered where I was!  Looked up and the bears had already passed by and so I moved my car way past, up the road and pulled over to wait.  Well, the bears were on the move and I didn’t have to wait long.  They looked like they were going to move down the hill and cross the road, behind my car and I wouldn’t get many shots, but there were too many people in the way.

And, then, suddenly, the bears were right beside my car where the cubs stopped and looked up at me.  They were so close and I was thinking how I wanted them on the hill, running across a log, not staring me in the face.  Funny, how the mind gets set on one thing and can’t let go.  My bean bag, which was supporting my camera on top of the car, has sunflower seeds in it and the bears seemed to smell them, the way they were sniffing in my direction. 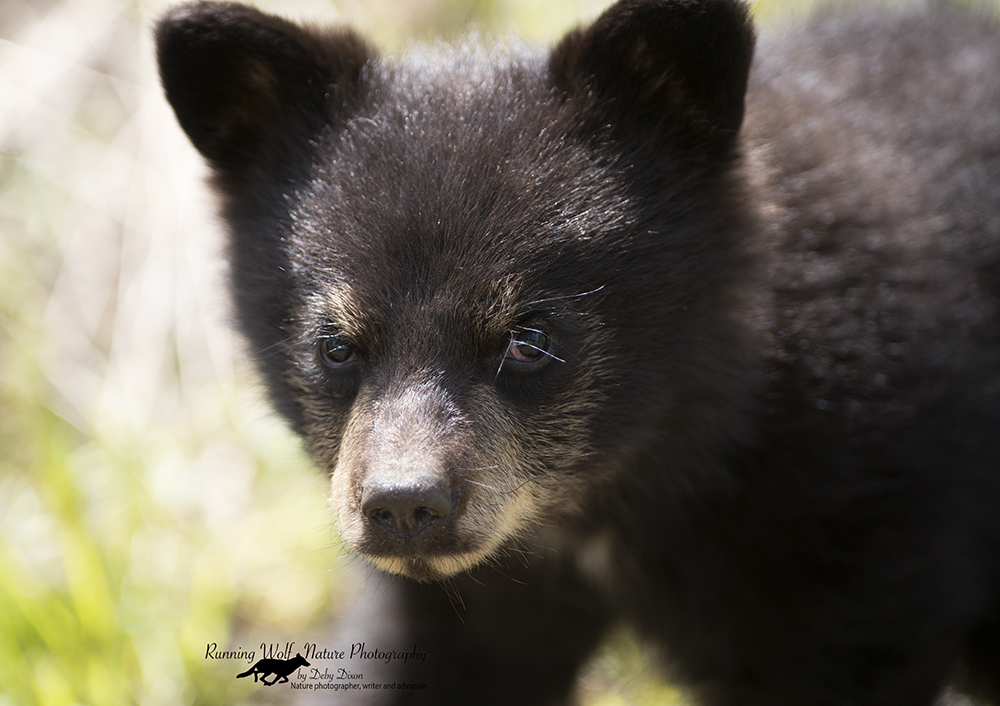 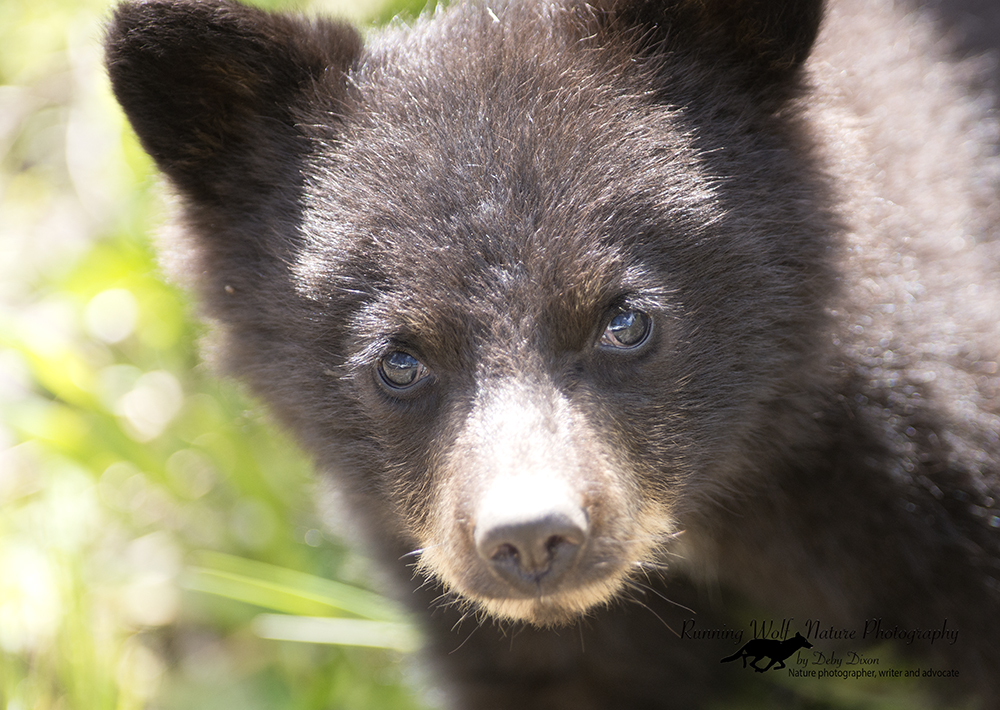 The bears proceeded down to the road, in front of my car and tried to get a drink out of the ditch but it was pretty dry. 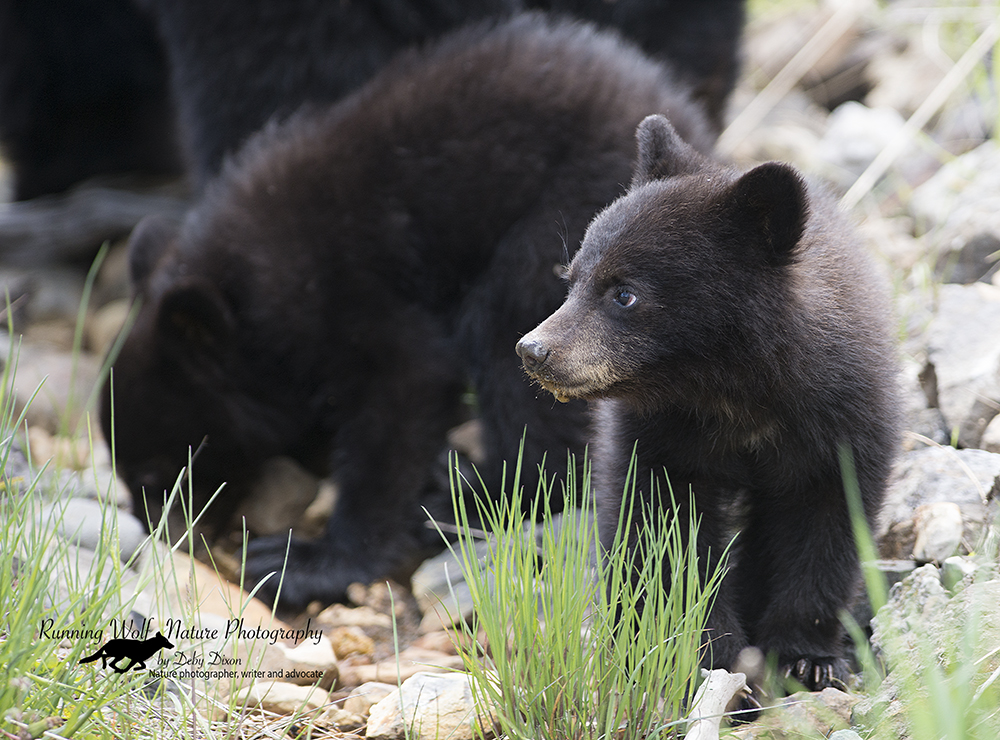 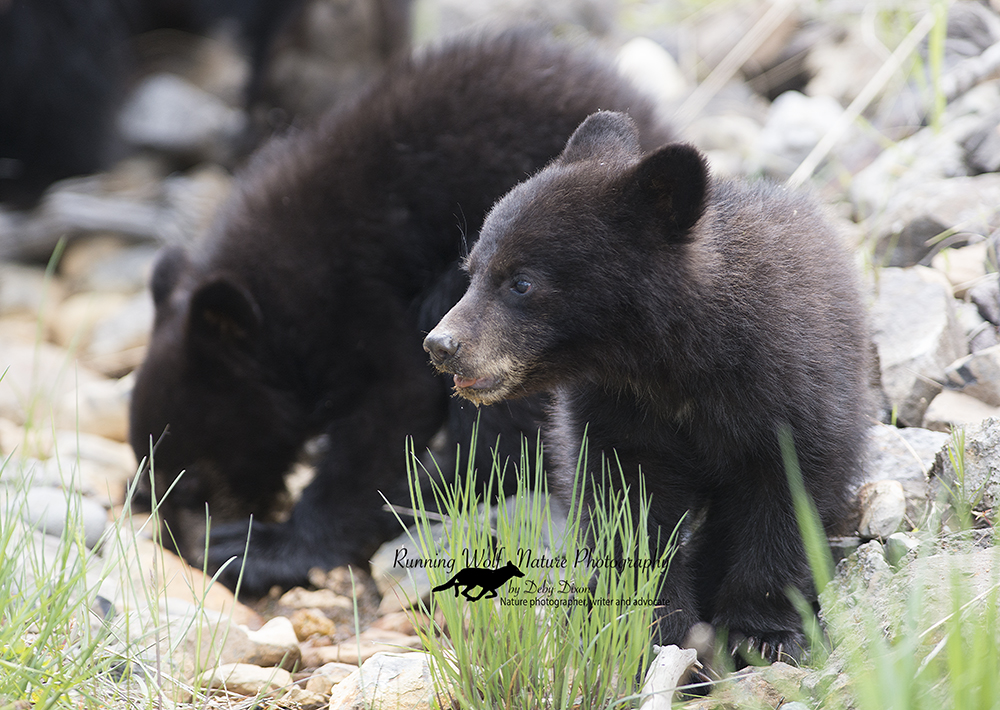 The bears then crossed the road and went down the hill.  Luckily, people gave them an opening to get through, but some remained terribly close.  I hung out for a little while and then decided to leave.  Did stop to watch Rosie for awhile before moving on.

Found a couple of Pika at Hell Roaring – the first two I’ve seen there since last spring (2015). 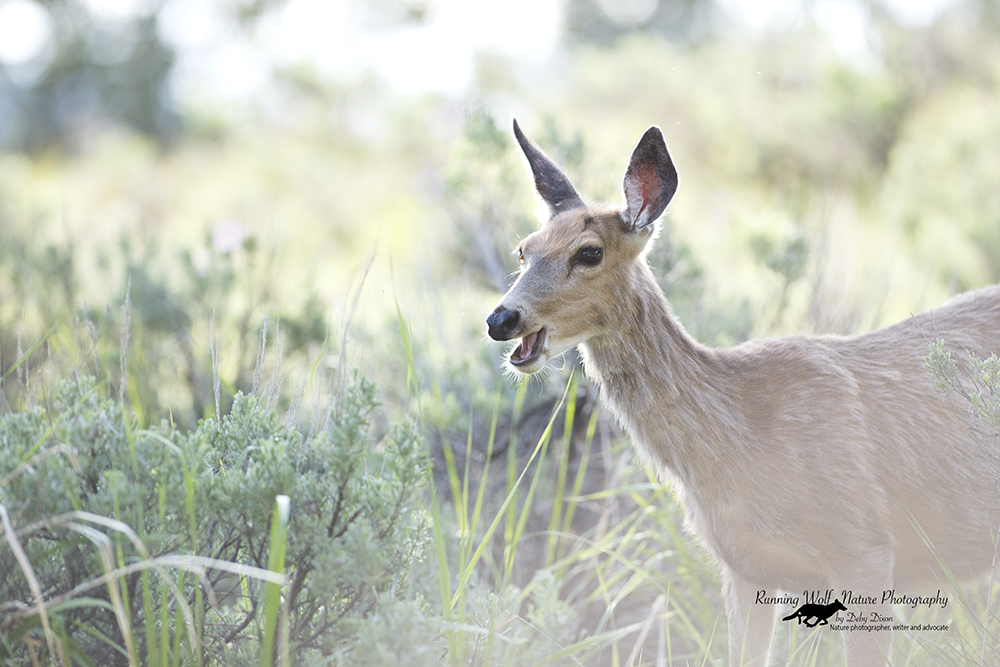 There were three deer hanging around Hell Roaring.  I don’t often photograph the deer but really enjoyed spending time with them.

This elk calf was in Mammoth, which is probably the best place to see them.

This bison bull was standing on a hill, north of Floating Island Lake.  I loved the look of him in the green grass with the cow birds flying all about. 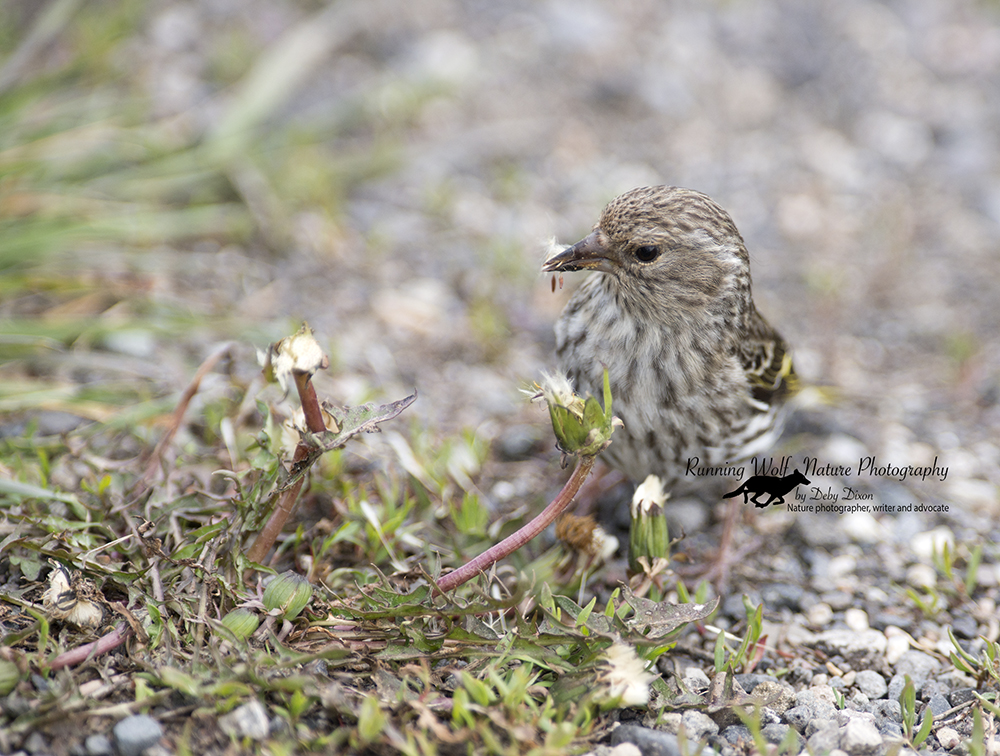 This young gold finch landed near my car at Floating Island.

I did make a trip out to Lamar, to check on the wolves but found nothing.   On the way back I finally got a look at the owlets in the rocks.  Through a scope this is an awesome view.  The owlets are adorable and they were taking turns standing out in front of the hole, back turned towards us, flapping their wings.  Their wings have to work real well when they fledge because it is a giant leap to the next perch.

Earlier in the morning, I enjoyed the large number of bison descending on Blacktail Lakes.  There are so many babies!

Speaking of babies, up close!  Too cute for words.

Heading south during the past couple of days, the activity has picked up.  The day before there were four grizzlies in Mammoth, one boar, Quad mom and her cubs, all hunting elk calves. 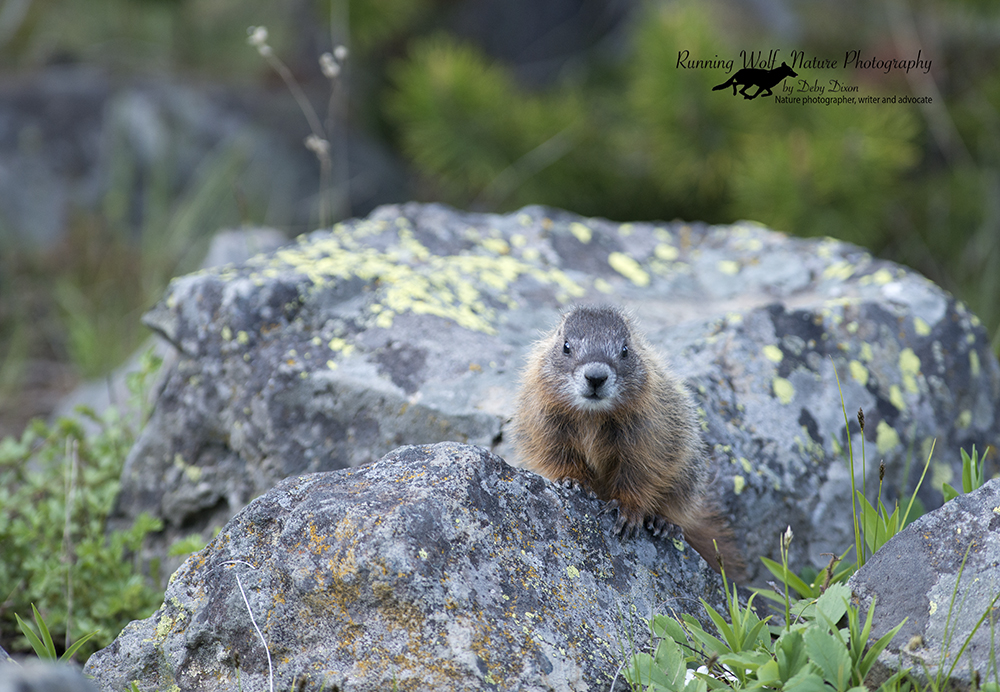 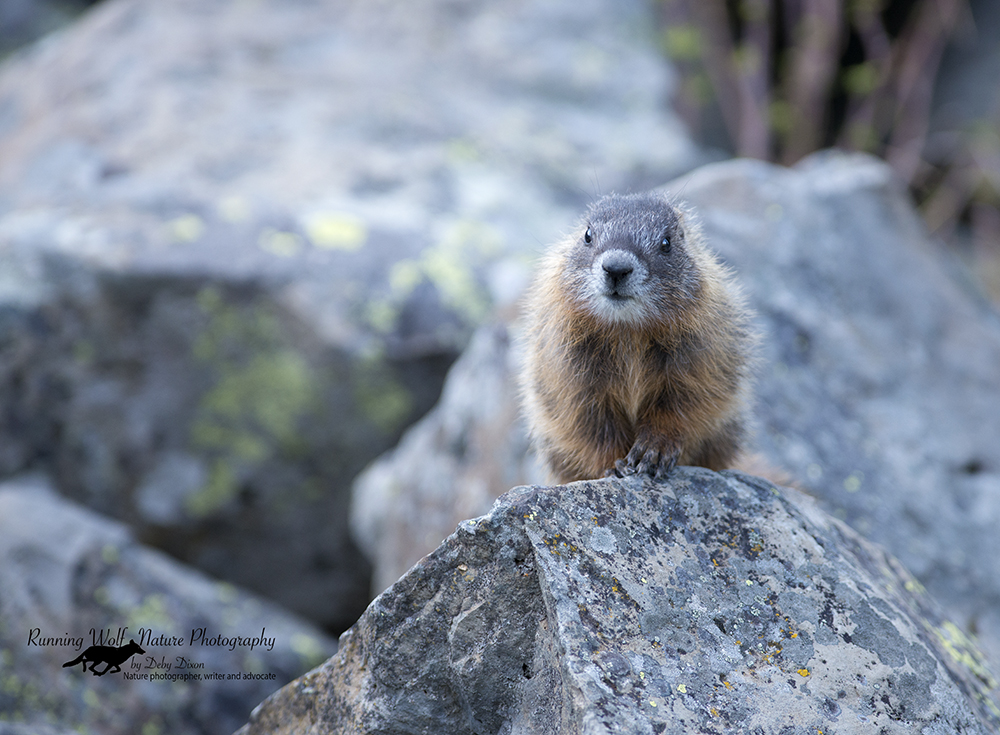 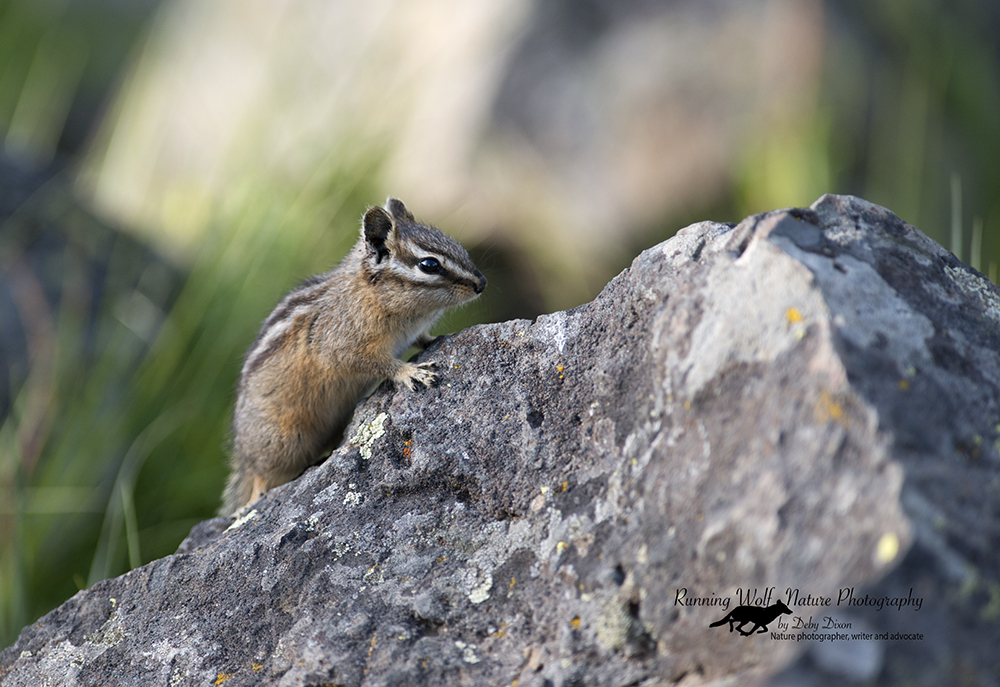 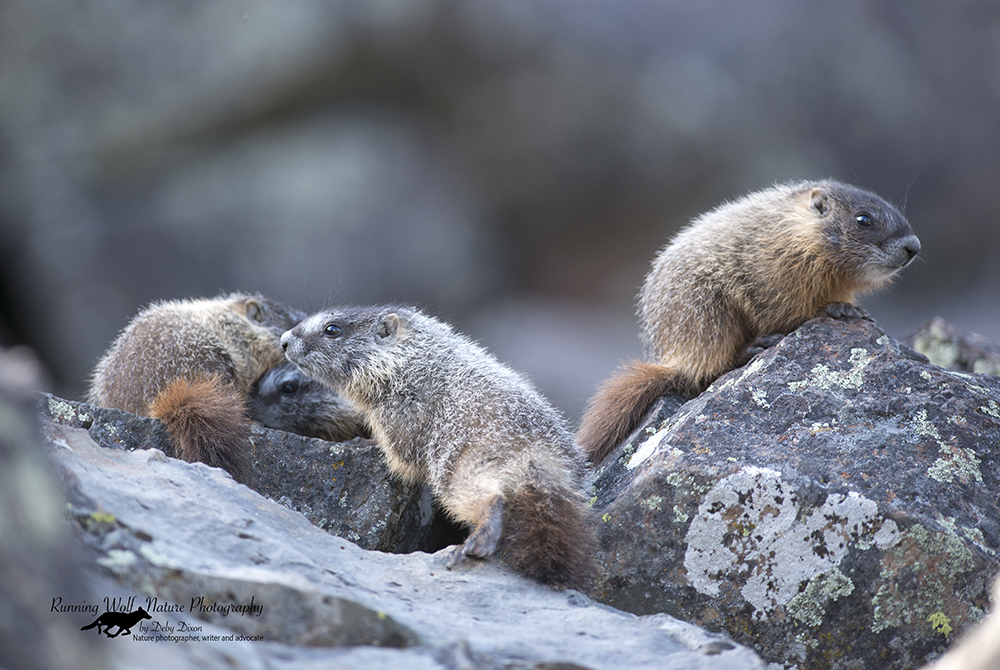 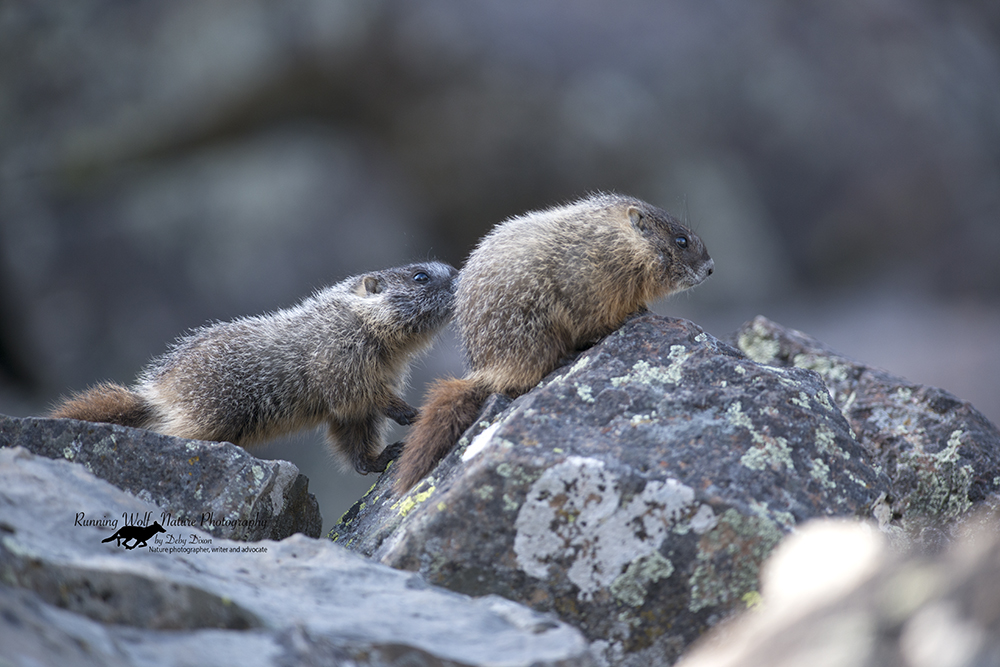 At Sheepeater Cliffs was a beautiful marmot family and some chipmunks.  This was the first time I have seen marmot babies and so such a treat. 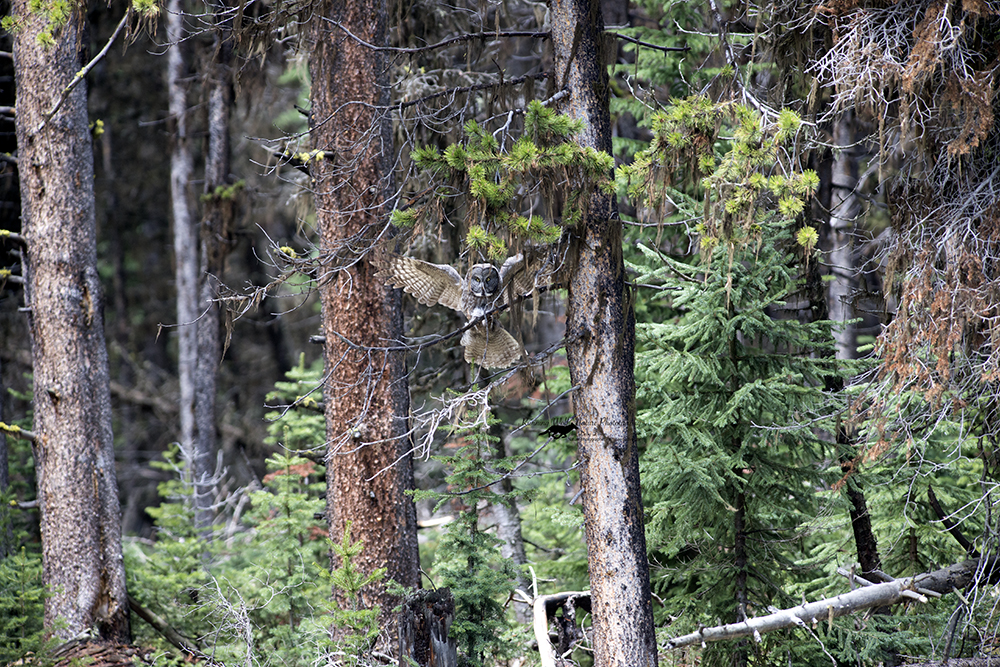 Near Canyon was a Great Gray Owl in the forest.  What a beautiful bird and such a treat to see.

While 755 was still at the carcass in Hayden, he was a long ways out and so I continued on south in hopes of seeing Raspberry and Snow.  I had seen them the day before, way up high, but hoped for a little closer and some photo ops before the crowds grow.  It was not meant to be but we had some fun all the same, will show you next.  The busy traffic coming in the east entrance reminded me of how these two bears spend a lot of time on the road and has me frightened for their safety.   Please drive slow and watch for wildlife.

Up at Lake Butte Overlook, I ran into my friend Judy and we were sitting and talking when her husband, Verne, saw this grouse coming.  We proceeded to spend a couple of hours, photographing this guy and just having a blast.  The light was changing a lot and he didn’t start displaying until after we had put the cameras away and were preparing to leave.  So, the cameras came back out and we stayed until about 8:45, being thoroughly entertained. 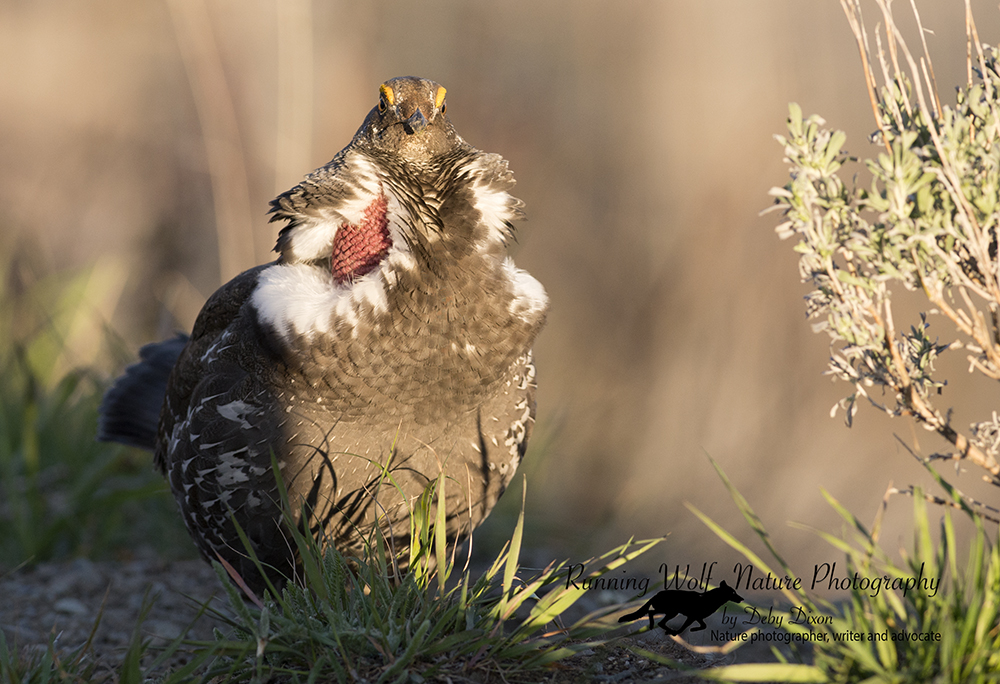 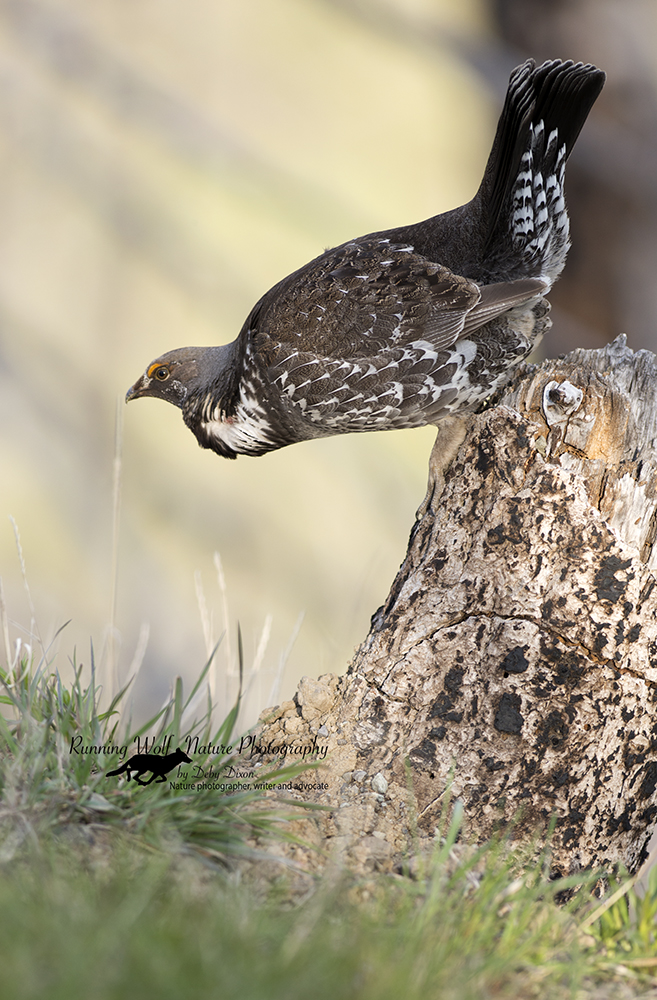 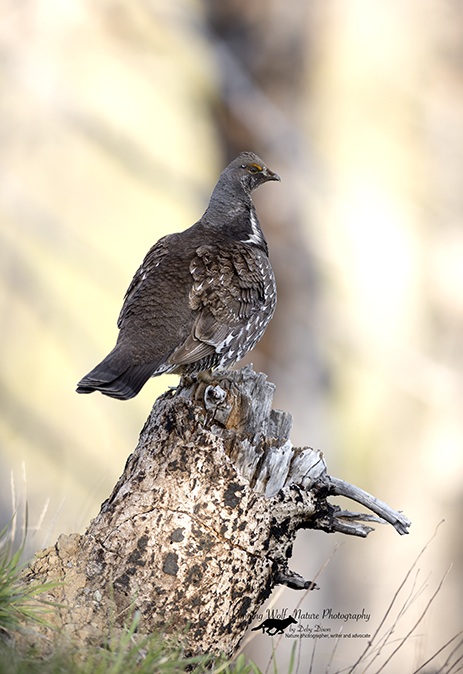 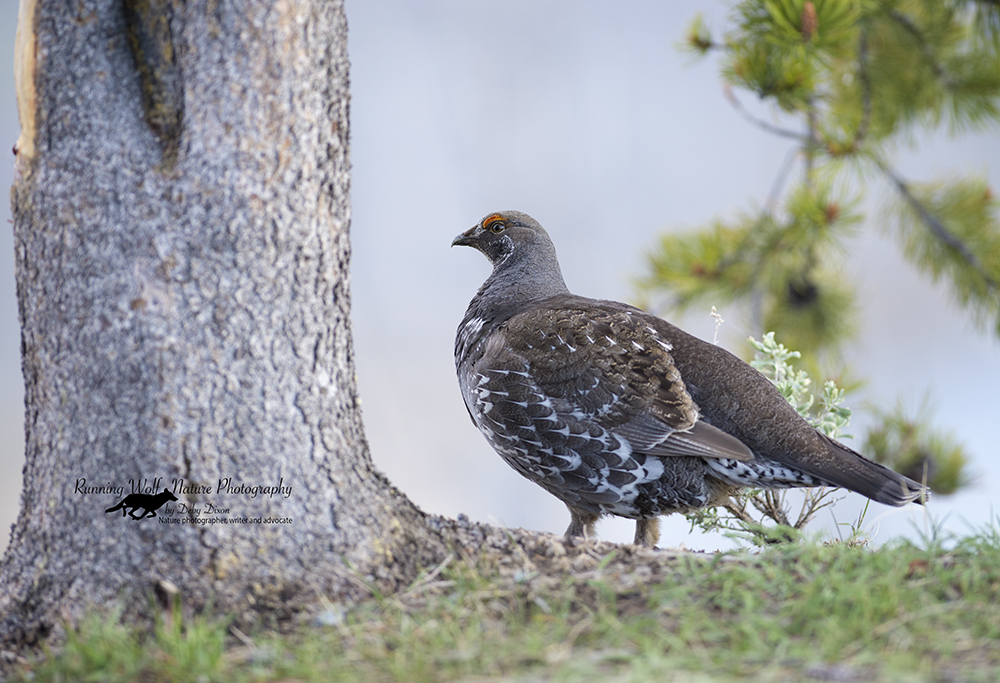 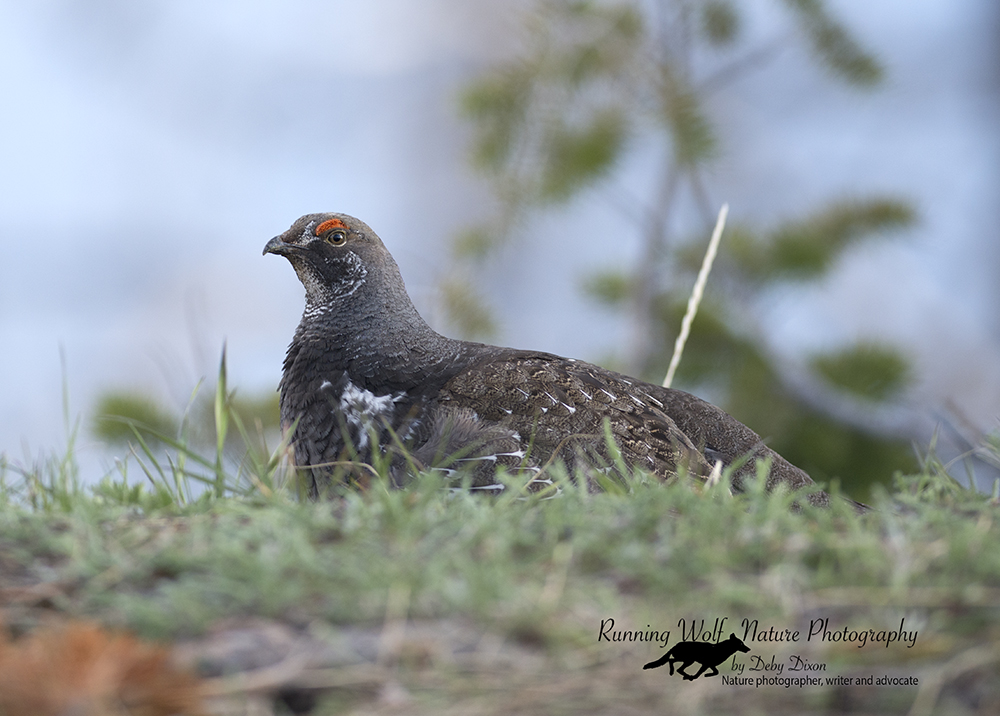 Well, and since I didn’t see any grizzlies with close cubs yesterday (saw one sow and cub on Druid Peak), just thought I would throw this in.

So, to end this post about Yellowstone, I want to tell you about a special treat ten days ago at Trout Lake.  I had three otters all to myself for an hour.   The light was tough and they were on the move, so not the best shots, but the best time ever. 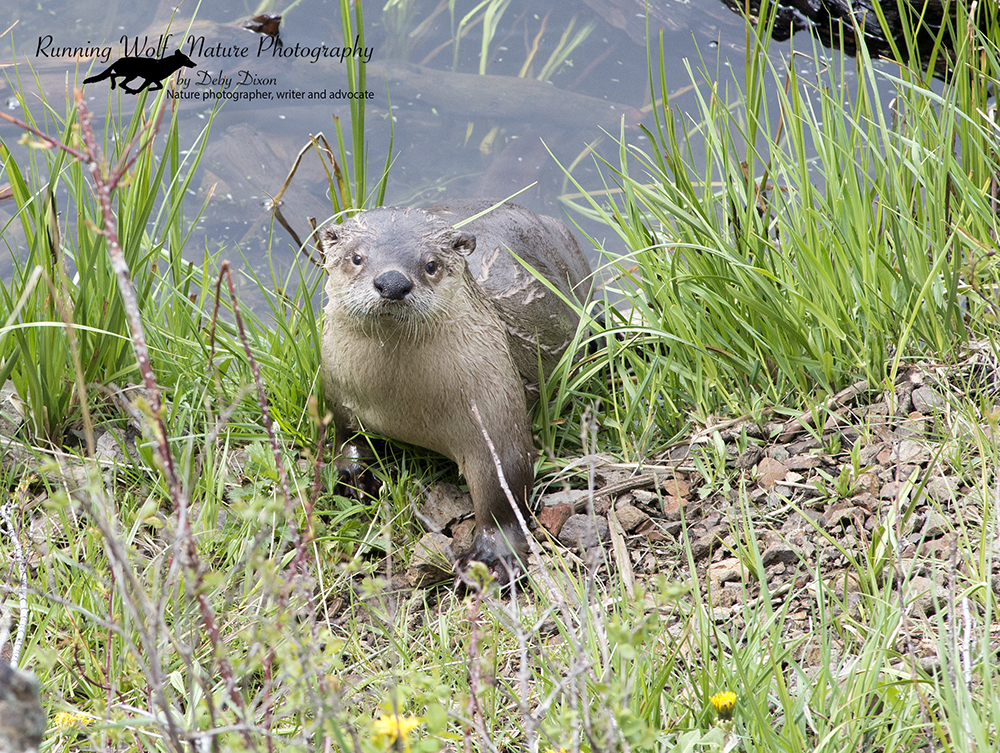 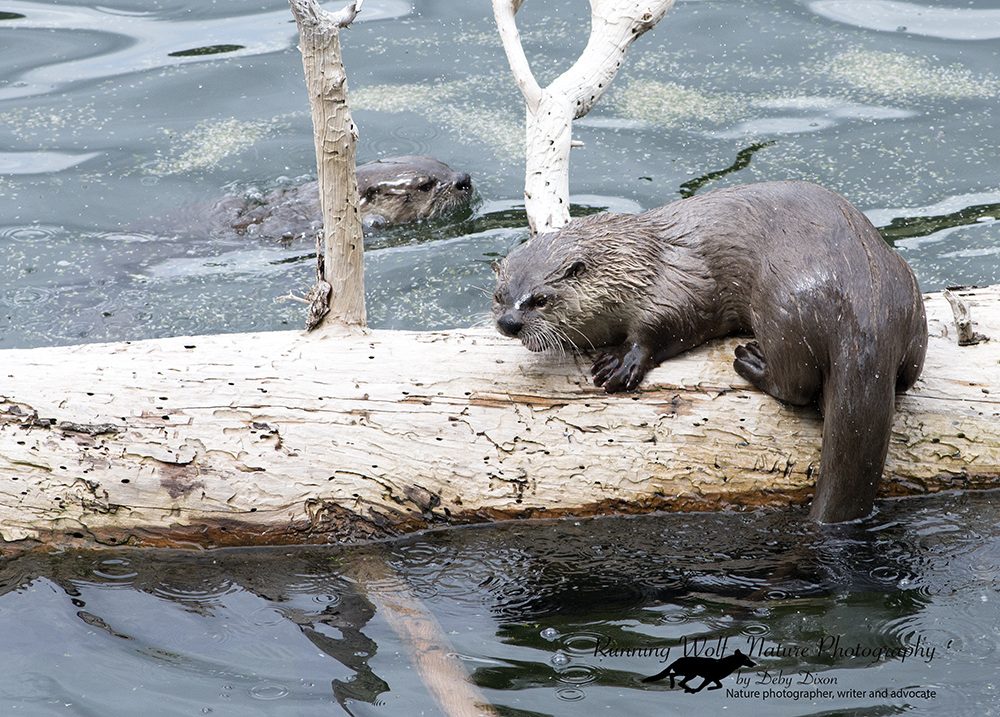 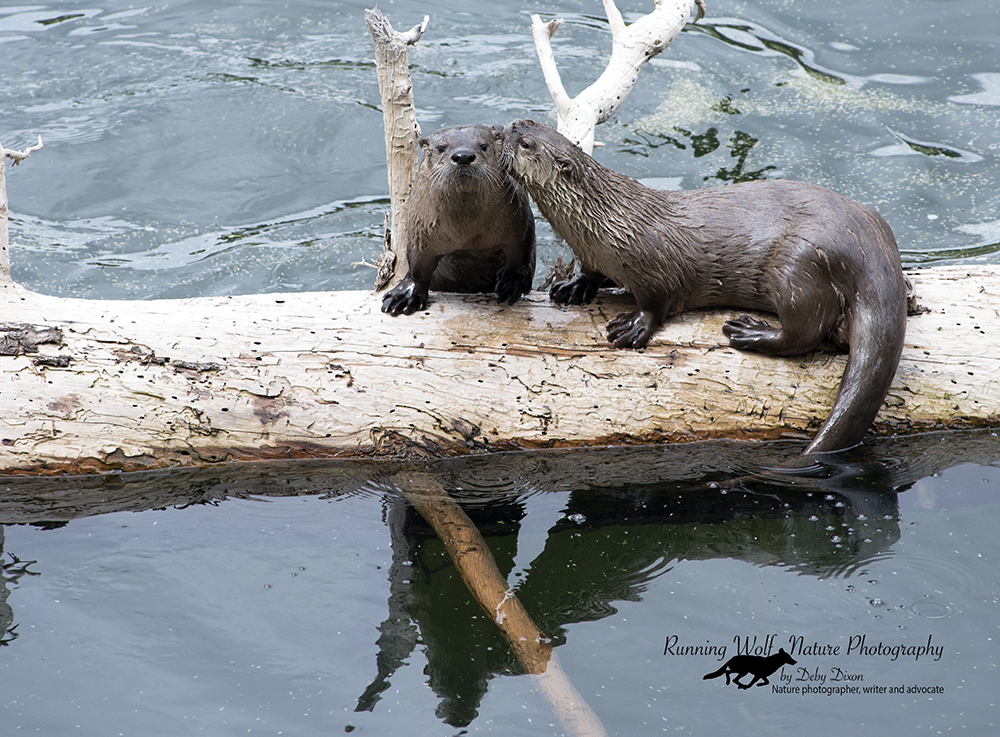 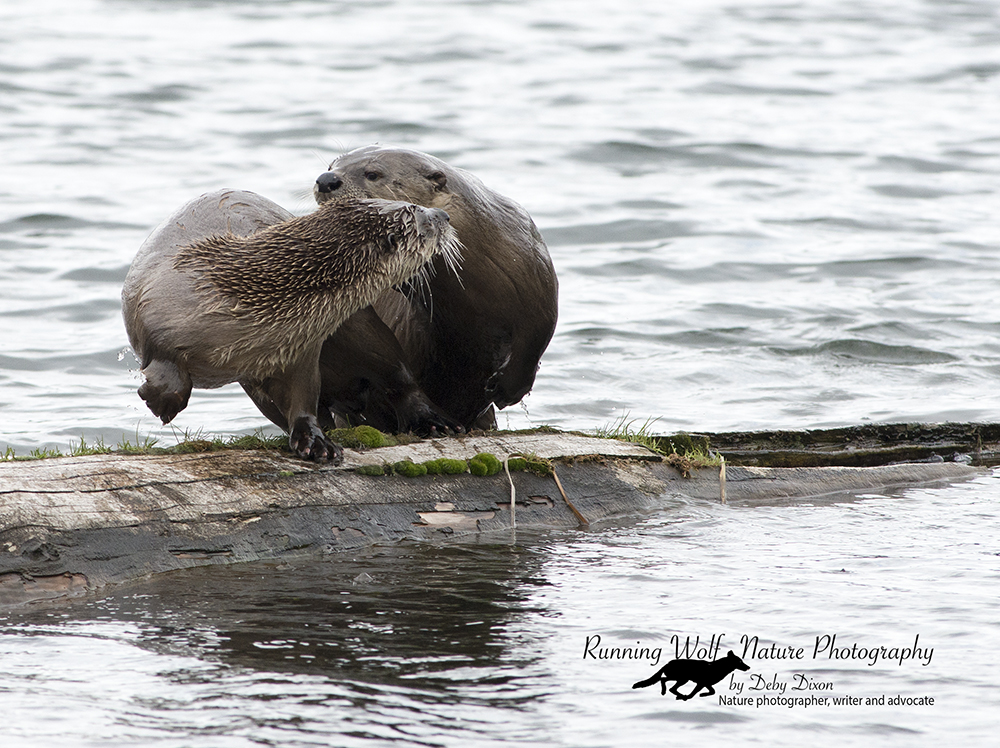 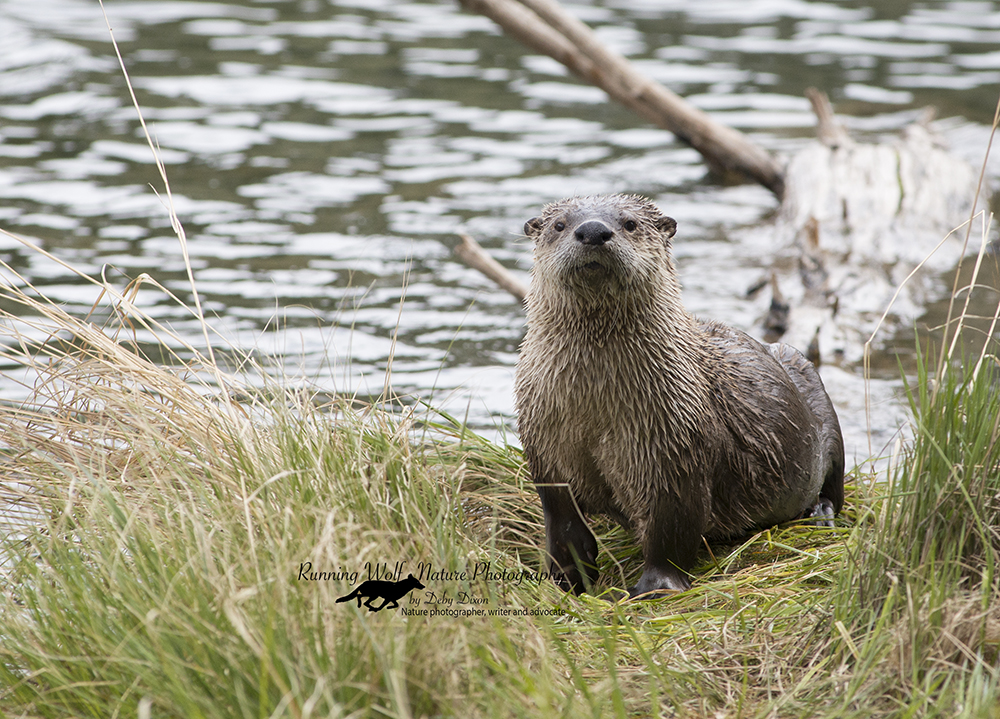 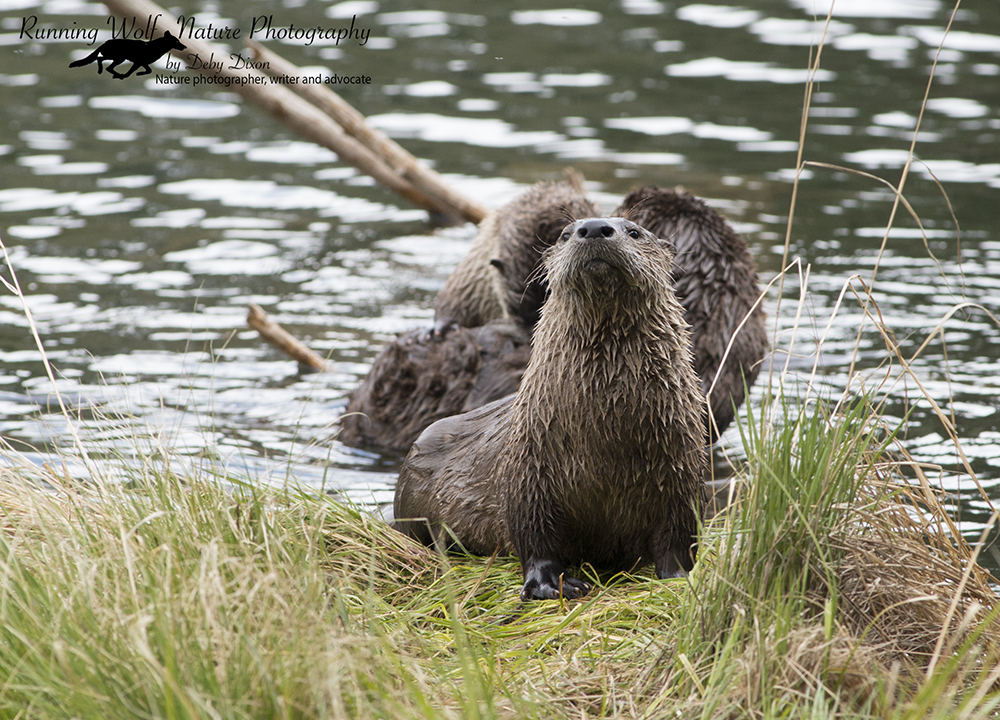 The end of a long and special day in Yellowstone.

Hope you enjoyed this special edition of The Yellowstone Daily.