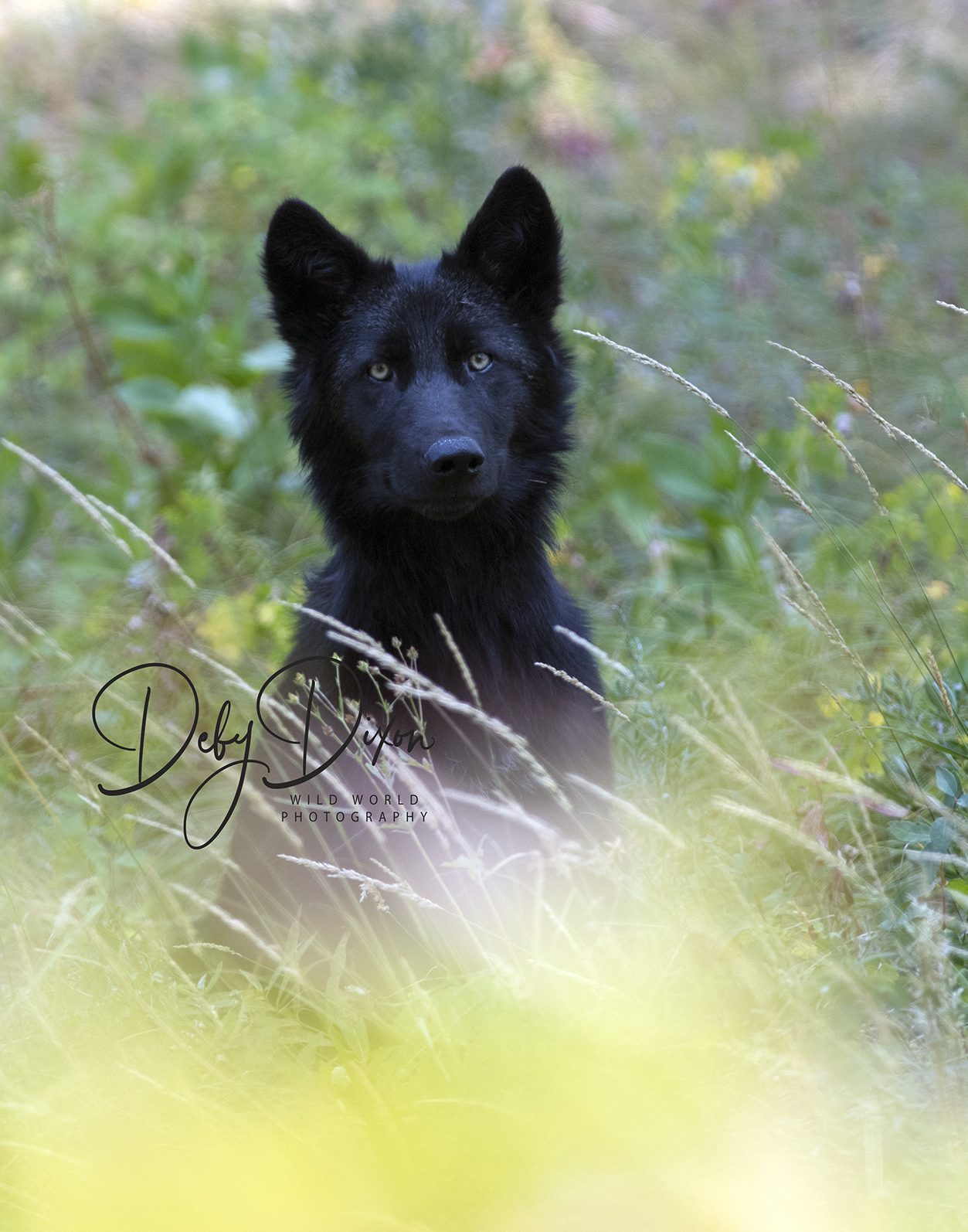 On December 26 of last year, I saw two of the Lamar Canyon wolf pups for the first time since the shooting of 926. Earlier that morning, three pups entered the NE gate and traveled the road, heading west. When I found the pups, they were still going west and I heard the third one howling in the forest. The pups looked good and I was relieved to see that they were not trusting of me as they continued on. Later that same day, two wolves were seen further to the west but were unable to continue their journey, due to human presence, and they turned back and left the park again. These pups were separated from the adults and the other pup, at this time.

The night before I saw the pups, they were heard howling in Silver Gate, as has happened many times since the death of 926. Chaos erupts in a pack, when a key member is killed and in this instance, it appears that pups and adults have been separated quite often.

Unfortunately, on January 2, two young wolves attacked and killed a canine resident of Cooke City, 15 year-old Bear. The loss of Bear was devastating to many community members and this loss did nothing good for our attempts at raising more tolerance for the wolves in this area.

For many years, the Lamar Canyon pack has quietly traveled through Silver Gate and Cooke City, never creating any issues. Unfortunately, the killing of 926 in Silver Gate, on the Bannock Trail, on November 24, 2018, has left the pack in disarray and there is some evidence that they have spent time searching for their mother/grandmother, in and around both communities.

With the pups being on their own for at least some of the past month +, I fear that they may have become desperate for food and am concerned that they may have encountered food rewards, such as dog or cat food, at some of the homes. This is just speculation, but given that the remaining pack members are not habituated to humans and that prior to this the pups had been around people very little, I can only guess that food might have played a role in this unusual behavior.

It is true that Abby Nelson, the wolf biologist from Fish, Wildlife and Parks, was in Cooke City two days ago and had help from a local resident, in putting up trail cameras that will be used to monitor the wolves. On that day, I also heard a rumor that a wolf had been killed and so contacted Abby for information. There was no evidence of a wolf being killed and she felt confident that had not taken place. I had also heard rumors that the whole Lamar pack was going to be exterminated and so asked Abby about this as well. She was straight with me, in letting me know that there were no plans in place at this time but that if the wolves continued to frequent the towns, their future was not good. This is a truth I already understood. Abby told me that she was investigating why the wolves were coming into town and looking for solutions.

I chose not to say anything about this situation, in fear of getting people riled up and facts becoming misconstrued. What we do not need right now, is a lot of people bad mouthing the residents of Cooke City. Most in that town are okay with the wolves, though some who don’t know much about their habits and nature are concerned that they are so close. And, of course, they are concerned about their pets. Unfortunately, living in the country doesn’t necessarily mean that pets can roam free and be safe as there is danger from traffic, deer, elk, bears, bison, coyotes, eagles, wolves and any other wildlife that they encounter. Not to mention disease and other risks. So, inflaming the situation further, with Cooke City residents would not help the Lamar Canyon Pack at all.

Unfortunately, Wyoming Wildlife Advocates made a post earlier today that has gotten many people upset and rumors are going out of control. So, I spoke with Abby again and was able to clear up some of the rumors. I hope this helps everyone to understand what is going on. Below is the information from Abby Nelson, FWP:

“1)Our current plan is to objectively monitor wolf activity (trail cameras, tracking) to assess how frequently wolves are coming through town, and their behavior relating to people. 2)As with lions, bears and any carnivore that has caused harm with people, we are obligated to consider human safety, and lethal control as a possible response, if the situation escalates (no current plans for this).  3)I was in town to look for tracks, talk to people, put up cameras to monitor the situation.  I talked to wolf advocates, and others, and one resident showed me a spot where she had seen tracks (a good spot for a camera, helped me put it up).  I will continue to come to town and talk to people of all interests and monitor wolves.  I do not bite and would like to hear from everybody.”

If you have questions, feel free to contact Abby at her email address, abnelson@mt.gov If you would like to send your comments about this situation to FWP, send them to this email address, fwpwld@mt.gov. Please make sure you get your facts straight before sending comments.

If you have any questions of me, email debydixon@mac.com and I will try and answer them, or direct you to someone else.

Let’s help the citizens of Cooke City be safe from all of the wildlife, with suggestions if we have any. They lost one dog and do not want to lose more. This small town stands to lose millions of dollars in tourism revenue if the Lamar Canyon pack no longer exists, not due to boycotting but due to the fact that fewer people will frequent and stay in that area if there are no wolves in Lamar Valley. The Lamar Canyon pack has had people seeking lodging and meals, just so that they could be out in the park very early, in hopes of seeing them, for many years.

Thank you for your understanding in this situation and for your help in keeping the facts straight and people calm. We need clear heads right now as this is a very sensitive and tenuous situation.